The 3D Invisibility Cloak: It's Real, But It's Really Tiny 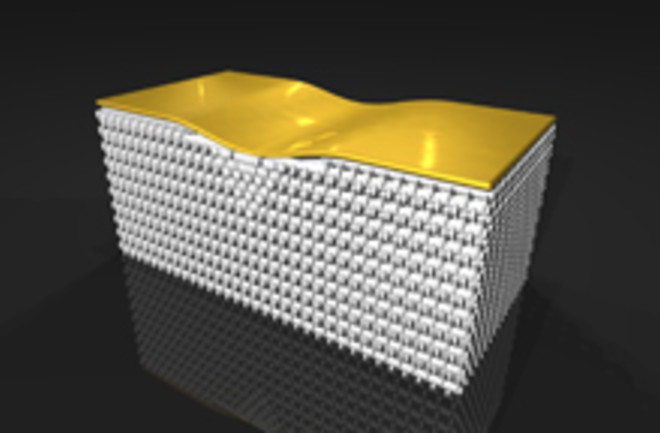 It's become one of our favorite rituals: Researchers come out with a paper pushing the science of invisibility cloaks a little further, inspiring everyone to go giddy with visions of Harry Potter and Romulan Warbirds. This week's study in Science is another small step, but it's a crucial one. Scientists in Germany have created the first rudimentary "invisibility cloak" in 3D. Invisibility cloak mania started in 2006, when a Duke University team created the technology to bend light waves around an object; since the tiny object neither absorbed nor reflected the experiment's microwaves, it was essentially "cloaked." (The researchers used microwaves instead of visible light because microwaves have longer wavelengths, and are therefore easier to control.) The invisibility excitement struck again two years later when researchers refined their technique to hide a nanoscale object from visible light waves. Now, researchers have created a cloak that not only works in infrared light wavelengths that are close to humans' visual range, but also in 3D, too.

Previous devices have been able to hide objects from light travelling in only one direction; viewed from any other angle, the object would remain visible [BBC News]

. The team from Karlsruhe Institute of Technology didn't exactly make the Statue of Liberty disappear. The "bump" made invisible is a spot in a layer of gold that's 0.00004 inches high by 0.00005 inches wide. That hasn't dampened lead researcher Tolga Ergin's excitement, though.

"In principle, the cloak design is completely scalable; there is no limit to it," Ergin said. Developing the fabrication technology so that the crystals were smaller could "lead to much larger cloaks" [The Independent]

. The sci-fi kind of cloaking will be harder to achieve, since visible wavelengths of light are shorter than infrared and thus harder to control. But Ergin's 3D cloak is another step toward humanity's ultimate dream: not being bothered by other humans. Related Content: DISCOVER: How to Build an Invisibility Cloak DISCOVER: Invisibility Becomes More Than Just a Fantasy 80beats: New Version of Invisibility Moves Closer to Visual Cloaking 80beats: Light-Bending Scientists Take a Step Closer to InvisibilityImage: Science/AAAS