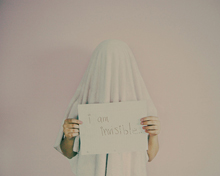 Researchers at the University of California, Berkeley, announced yesterday that they were able to construct a prism that bent light “the wrong way” and so would make an object appear to vanish [Times UK]. Details of the two different experiments will be published separately later this week in Nature and Science. To bend the light, the scientists used "metamaterials," mixtures of metal and circuit board materials such as ceramic, Teflon or fiber composite [AP]. One group built what they called a metal "fishnet" of alternating silver and magnesium fluoride; the other used tiny silver nanowires. Both created negative refraction: Light is neither absorbed nor reflected by the objects, passing "like water flowing around a rock," according to the researchers. As a result, only the light from behind the objects can be seen [BBC]. Two years ago, a team at Duke University created negative refraction with microwaves, but not visible light. Other scientists have used visible light, but could only create negative refraction with two-dimensional objects the thickness of a single atom. The UC Berkeley scientists did two things to get around those problems. First, in order to refract visible light, the nanowires have to be built closer together than its wavelength. Because visible light has a shorter wavelength than microwaves, the UC Berkeley team had to build their materials on a smaller scale than previous researchers had. Second, they layered the materials to a greater thickness in order to achieve negative refraction around a three-dimensional object. But the scientists say scaling up to anything larger will take much more research: For the moment, the vanishing act takes place on a nanoscale, measured in billionths of a metre [AFP]. And the new approaches still only work at limited wavelengths of light, not all of them. So while this research is a step forward toward dreams of invisibility, that's still far off, according to researcher Jason Valentine. "We are not actually cloaking anything," Valentine said in a telephone interview. "I don't think we have to worry about invisible people walking around any time soon. To be honest, we are just at the beginning of doing anything like that" [Reuters].