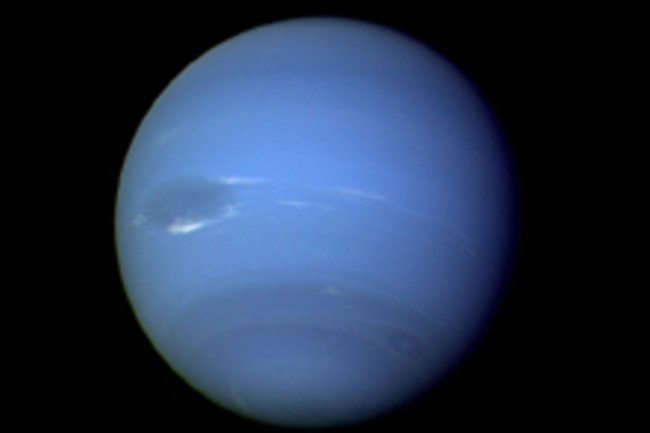 Both Uranus and Neptune have quirky magnetic poles—they're located about 60 degrees off the geographic pole rather than very nearby, like ours is. The reason, researchers suggest in a new Nature Physicsstudy, could be that oceans of diamond—yes, oceans of diamond—cover our solar system's two most distant planets. The diamond idea isn't a new one, but it's a terribly hard question to study because you have to get diamond to melt in the lab to study it, and this experiment was the first to document the pressure and temperature at which that happens. The mineral is notoriously hard, of course, but there's something more:

Diamond doesn't like to stay diamond when it gets hot. When diamond is heated to extreme temperatures it physically changes, from diamond to graphite. The graphite, and not the diamond, then melts into a liquid. The trick for the scientists was to heat the diamond up while simultaneously stopping it from transforming into graphite [Discovery News]

. Doing so required not only extraordinary heat, but also extraordinary pressure. The researchers liquefied the diamond at 40 million times more than the pressure at sea level on Earth.

When the pressure fell to only 11 million-times Earth sea level and temperatures dipped to 50,000 degress Celsius, solid chunks of diamond began to appear in the liquid [The Telegraph]

. Because diamond is one of those rare liquids, like water, that is less dense as a solid than a liquid, solid diamond "icebergs" could float on to of the diamond seas on Neptune and Uranus. Both planets have the conditions and the carbon to make this possible; each one is made from up to 10 percent carbon. And all that diamond would explain the out-of-whack magnetic pole, the scientists say.