Stephen Hawking, for One, Does Not Welcome Our Potential Alien Overlords 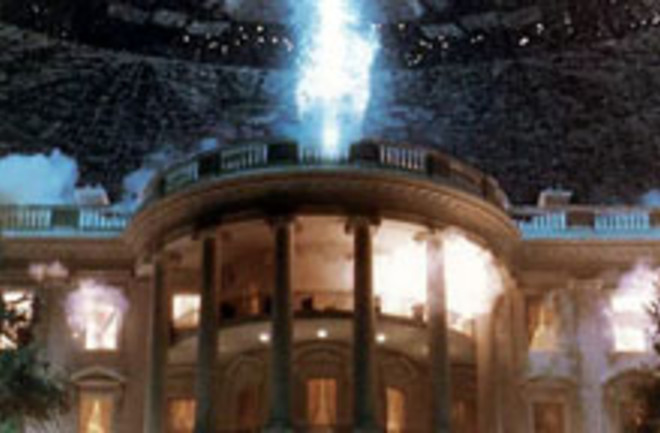 In a half-century of hunting, the Search for Extra-Terrestrial Intelligence (SETI) has turned up nary a whisper from E.T. But for renowned physicist Stephen Hawking, the non-success of SETI and others who hope to contact alien life might be for the best: Aliens, he says, might not like us. Hawking caused waves with this suggestion in his new Discovery Channel special, which debuted last night. He has long believed that extraterrestrial life exists, simply because of the sheer vastness of the universe. While much of what's out there might be simple microbial life, there may indeed be new civilizations far more advanced than our own. But that doesn't mean they'll be friendly. Said Hawking:

“We only have to look at ourselves to see how intelligent life might develop into something we wouldn’t want to meet. I imagine they might exist in massive ships, having used up all the resources from their home planet. Such advanced aliens would perhaps become nomads, looking to conquer and colonise whatever planets they can reach" [The Times]

. Should aliens decide to drop in on our pale blue dot, he predicts they may come not in a spirit of peace and understanding, but more likely in the spirit with which Europeans conquered Native Americans and colonized what's now the United States. These alien wanderers similarly might see human society as primitive and unimportant, and attack our planet for its resources, he says. While Hawking contends that contacting E.T. would be quite risky for us, he also considers the possibility that we'll never get the chance, even if there are advanced civilizations on distant worlds.

"Perhaps they all blow themselves up soon after they discover that E=mc2. If civilizations take billions of years to evolve, only to vanish virtually overnight, then sadly we've next to no chance of hearing from them" [MSNBC]

. The four-part TV special, which DISCOVER previewed in our April issue, took Hawking and the producers three years to create. Besides the alien menace, Hawking also had a little fun with time travel last night, throwing a party for time travelers and sending out invitations after the party (nobody from the future comes). The third and fourth parts, covering the life and death of the universe, air this coming Sunday, May 2. For another take on Hawking's comments, head to Bad Astronomy where Phil Plait takes a more skeptical view of the potential for doom-wielding alien visitors. Related Content: DISCOVER: Stephen Hawking Is Making His Comeback DISCOVER: Inside the World of Stephen Hawking DISCOVER: Hawking's Exit Strategy DISCOVER: The Best in Science Culture This Month Cosmic Variance: Hawking: Beware the Alien Menace! Bad Astronomy: In Which I Disagree With Stephen HawkingImage: "Independence Day" / Centropolis Entertainment