The ghostly outline of a 5,000-year-old structure, which may have resembled a wooden version of Stonehenge, emerged from a drought-stricken field in Ireland. Irish prehistory expert Anthony Murphy made the discovery while taking images with his drone. 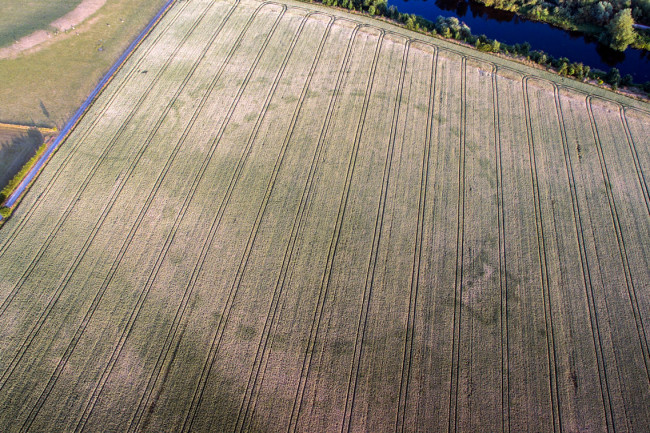 A drought and a drone aided in the unexpected discovery of the remains of an ancient Irish henge. An outline of the circular enclosure materialized in July in a wheat field adjacent to Brú na Bóinne, a UNESCO world heritage site north of Dublin that’s famous for megalithic tombs.

Anthony Murphy, an author of books on Irish prehistory, made the find using a drone. Archaeologists have confirmed the site’s importance and say the henge is about 5,000 years old, based on when similar monuments in the area were built. It probably resembled Stonehenge, but made of timber rather than rock, says Muiris O’ Sullivan, an archaeologist at the University College Dublin.

The henge’s sudden appearance was caused by drought. Because its wooden pillars decompose in the ground, more moisture is retained there, creating slightly lusher vegetation than on the surrounding terrain. Last summer’s heat wave exaggerated the contrast, creating a circular outline in the field.

The outline was short-lived. Rain eventually greened the field, and after the wheat harvest in August, signs of the monument had almost completely disappeared.