A timeline of when astronomers think these stars exploded over our ancestors' skies. 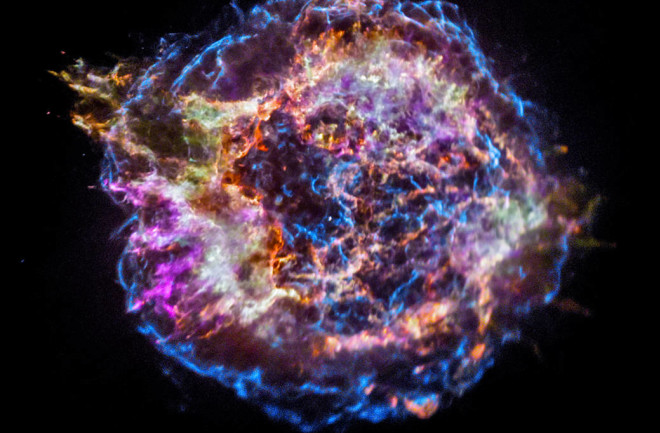 About twice each century, a star in our galaxy explodes in a supernova. Only a few of those explosions happen close enough to Earth to be visible with the naked eye. By comparing ancient observations with today’s spacecraft data on supernova remains, scientists hope to nail down when those stars exploded. Here’s a look at eight supernovas that caught earthlings’ attention throughout history.

Chinese and possibly Roman astronomers recorded a strange new star in the skies.

Chinese observers reported a so-called “guest star” that shone for months, appearing as bright as Jupiter.

The supernova responsible for the famous Crab Nebula lit up even daytime skies, possibly rivaling the full moon in brightness.

The aftermath of this exploding star was visible for six months, giving Chinese and Japanese astronomers ample time to record it.

Danish astronomer Tycho Brahe recorded a clear description of this supernova, and astronomers have watched its detritus glow ever since.

Johannes Kepler, a German-born mathematician and astronomer, tracked this supernova for a year, lending it his name.