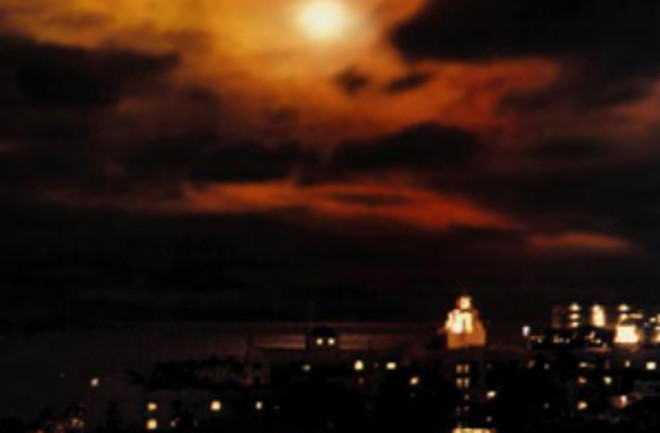 If you've read my book Death from the Skies!, you may remember pages 103-105 where I wrote about a nuclear test called Starfish Prime. The U.S. detonated a nuke several hundred kilometers high in space to see what would happen, and the results were dramatic: the pulse of energy from the 1.4 megaton bomb blast overloaded electrical circuits, and blew out power lines and streetlights in Hawaii from over 900 km away! It also seeded the Earth's magnetic field with high-energy subatomic particles that took years to completely drain away. A lot of the results from this test are still classified to this day, but NPR recently reported on some of the effects of the explosion including some newly released pictures. They also have an interesting video too, with some very interesting and frankly scary footage. It's hard to imagine doing something so naive and foolish as detonating a nuke just to see what would happen, but on the other hand we learned a lot about the Earth's magnetosphere from this test... we can endlessly debate the moral implications of such a test, but the scientific knowledge we gained from it is undeniable. And it's literally true that this knowledge may help us understand, predict, and even mitigate an otherwise disastrous event such as an extraordinarily large solar flare which could rain down a lot of hurt on our little green world. I can't say that I'm exactly glad the test was done, but I can say that the warning it provided us was one we needed to know about.