The aerospace companies are readying for crewed missions to the International Space Station. 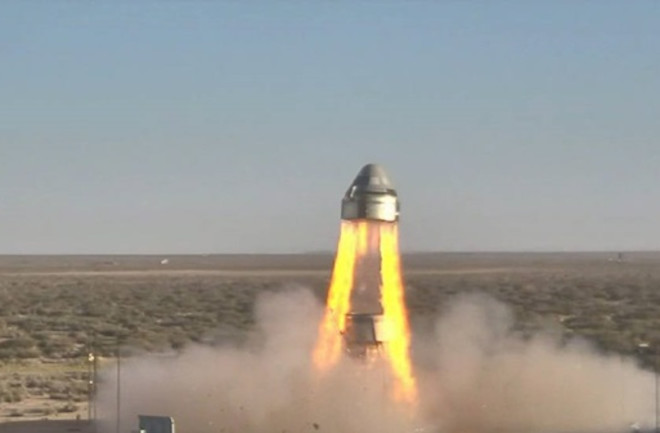 Boeing and SpaceX, both leaders in the aerospace industry, have completed crucial tests of their crew capsules, which the companies hope will bring American astronauts to the International Space Station (ISS) in the near future.

Boeing’s CST-100 Starliner completed a pad abort test on November 4. The test is intended to verify astronauts can get away from the launch site if there’s an emergency prior to takeoff. Starliner showed it could speed away at up to 650 mph in five seconds, suggesting the astronauts would have a shot at avoiding a dangerous launch pad situation.

However, as the capsule started to come back down to Earth, only two of the three parachutes on Starliner deployed. Even with the undeployed parachute, Starliner passed according to NASA’s testing standards.

SpaceX also just completed a round of tests. The company ran 13 consecutive successful tests of their upgraded parachutes on their Crew Dragon capsule on November 3, surpassing the 10 tests needed to pass.

Throughout the spring, SpaceX was set to be the first private aerospace company to send a crewed mission to space. Then in April, a Crew Dragon exploded on the launch pad during a standard static fire test — a tethered-down run meant to measure the engines. The explosion was later linked to a leaky valve. The same capsule had docked at the ISS just a month prior to the explosion, completing the first orbit test. Later in May, SpaceX failed to successfully deploy their parachutes during a test run, setting them back again.

SpaceX currently doesn’t have any dates confirmed with NASA as to when it will send another uncrewed mission to ISS with their Crew Dragon. But experts and SpaceX watchers have speculated a date may be coming soon.

As a part of their Commercial Crew Program, NASA contracted Boeing and SpaceX to develop rockets, launch systems, and capsules to get astronauts back to the ISS on rockets launched from American soil. Currently, NASA could pay up to $85 million to Russia per seat on one of their Soyuz rockets.

Both capsules can hold up to seven astronauts, and each aerospace company has selected and trained three astronauts to travel into space on their maiden crewed voyages. These flights could happen in early 2020 if testing continues as planned.

The next scheduled test of Starliner will be on December 17, when the uncrewed capsule will launch on a United Launch Alliance Atlas V rocket to the ISS. This will be the first of two uncrewed flights to the ISS before Boeing is able to send a crewed mission into space.