A relatively new realm of archaeology uses technology to take the discipline out of the dirt and into the skies. 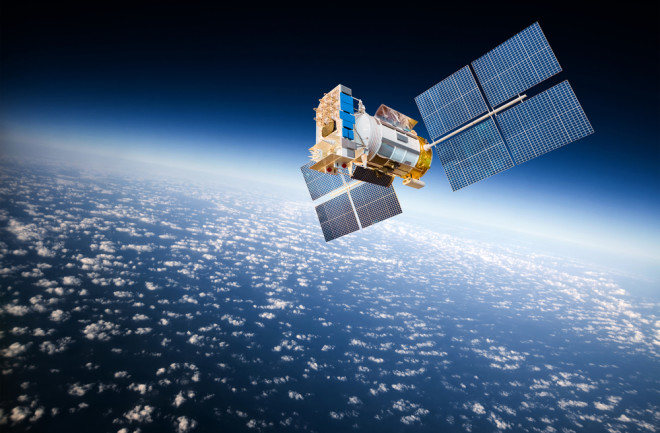 In 2009, Chris Fisher was in Michoacán, Mexico, studying the ancient Purépecha empire, when his team found remnants of a settlement. He set out to find the edge of it, only to discover that what they thought was a small village was actually a city with an area of 10 square miles. Fisher realized that it would take the rest of his career just to survey the site.

At least, it would have in the old days. But the timing was good for Fisher, an archaeologist at Colorado State University and a National Geographic Explorer. When he got back to Colorado, he learned about a new technology called lidar (light detection and ranging), a remote-sensing tool. Lidar aims laser pulses at the surface of Earth from airplanes or satellites, creating a high-resolution, 3D grid of points that represents the Earth’s surface. Scientists can then use computers to filter out trees and vegetation to see the ground below.

The technology made quick work of surveying the Purépecha city. In 45 minutes of scanning, lidar was able to gather data that would have taken decades using traditional methods. The resulting 3D plot points detailed houses, roads and pyramids. Fisher, it turned out, still had a lot of career left.

From Hot-Air Balloons to Space Satellites

The basic idea is not new. Archaeologists have been looking down on Earth from the air “ever since the first hot-air balloons went up,” says Philip Mink, an archaeologist at the University of Kentucky and assistant director of the Kentucky Office of State Archaeology. But technology has come a long way since the hot-air balloon. In the last couple of decades archaeologists have increasingly made use of NASA’s satellite data along with technologies such as ground-penetrating radar (GPR) and lidar, which has changed the field.

“Looking at massive data sets allows us to see bigger pictures that we don’t always see when we’re looking at an excavation,” Mink says. This can help identify where to excavate at existing sites and locate entirely new sites that archaeologists didn’t see.

Mink works in the Grand Canyon in areas that are highly regulated, so it can be hard to get in and survey. The technology creates new access. “Satellite images can help us find locations where there might be pueblos,” he says. Being able to see beforehand exactly where you need to dig can also save time and money, both of which are scarce resources in archaeology.

The field of geophysics has also evolved thanks to modern technologies, such as GPR, which uses radar pulses to capture images of what’s below ground. “Being able to see archaeological remains that are buried instead of just on the surface is always useful,” Mink says. It’s also a more sensitive way to explore areas that people may not want excavated. For example, archaeologists are working with Indigenous tribes to use GPR to locate unmarked graves at former Indian boarding schools.

These technologies, particularly lidar, have dramatically changed the practice of archaeology. “Some archaeologists argue that [lidar] is just as important as carbon-14 dating, because now we can see underneath the vegetation of the jungle,” says Mink.

Space archaeology doesn’t mean just taking pictures from space. It can also mean studying pictures taken in space. This year archaeologists will begin using the techniques and tools of their trade to study life on the International Space Station. They hope to get a better understanding of how life in space functions and how space culture emerges. This could be very helpful as humans begin to plan interplanetary expeditions.

The archaeologists won’t travel to space themselves, but will use the millions of digital photographs capturing life aboard the space station to document changes in culture over nearly two decades of life in space.

The project, developed by Alice Gorman of Flinders University in Adelaide, South Australia, and Justin Walsh of Chapman University in California, will recruit astronauts to help with the documentation. The participants will gather photographic and eventually audio data that will shed light on how humans live and work in space

As an archaeologist, Fisher, who worked on the Purépecha project, certainly appreciates the value of these new technologies for archaeology. But he says archaeology isn’t the most important thing these technologies are being used for. Much more urgent, he says, is documenting the planet as it is now, before it is further altered by climate change. “I have come to understand that the world is very fragile. And it’s changing very, very quickly,” he says. “We have a limited time to document the Earth as it exists today.” With lidar, he adds, we can make records that will give future generations an idea of what the world looks like now.

That kind of data could also help our present generation, if only we had it in hand. “We have better three-dimensional maps of the moon than we have of our own planet,” Fisher says.

Mapping Earth would help scientists develop responses to climate change, he adds: “We can't begin to measure change unless we have a baseline record that we can measure it against. Without that baseline record, we don't know what's changing, and we don't know at what rate it's changing. So the first logical step is to create baseline data for everything.”

Lidar is ideal for this job because it records the Earth's surface and everything on it in incredibly high resolution, says Fisher. “Through the work that I've done with lidar, I came to understand that it is the ultimate conservation tool.”

To that end, Fisher and colleagues have launched a project called The Earth Archive. Starting with the most threatened areas (such as rain forests), they are building an open-source digital representation of Earth using lidar to capture the images. They’re calling the archive a gift to future generations. But they also hope that it can help our present generation as we attempt to save as much as we can of the real Earth for the future.