Soufriere Hills might not be done with the dome just yet

After nearly a year and a half of little lava dome growth at Soufriere Hills in the West Indies, this past July 26th, the volcano erupted new dome material. Why do I remind us of this

, you ask? Well, the Scientific Advisory Committee at Montserrat

feel that the dome growth might be restarting in earnest:

Since August, any new supply of lava has been minimal. Thus while there is evidence that the eighteen-month long pause in lava dome growth may be coming to an end, it has not happened yet.

The most troubling event, in their minds, is the new activity at the Gages Wall vent, which means that new dome growth might be possible further west into the Gages Valley (marked green on the map below. The upshot? Plymouth 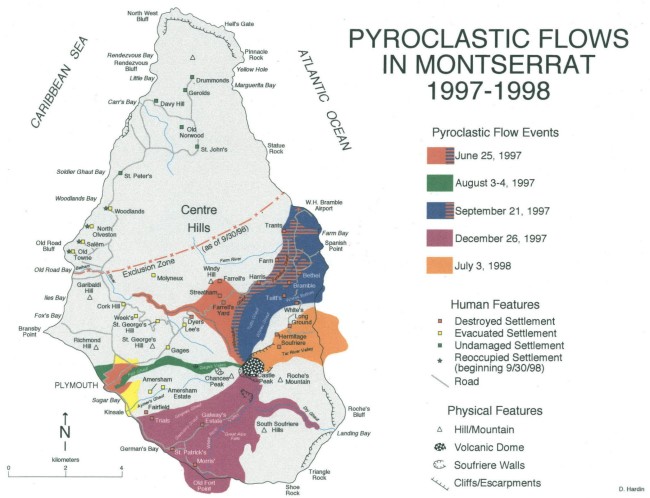