Solar Orbiter Sets Off for Mission to Study the Sun

The joint mission from the ESA and NASA will allow humans to get a closer look at the star at the center of our solar system. 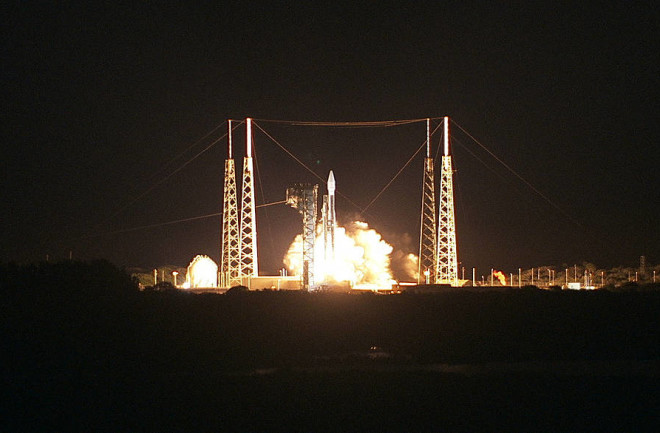 At the launch of Solar Orbiter. (Credit: NASA)

On Sunday at 11:03 p.m. EST, the European Space Agency and NASA successfully launched their joint Solar Orbiter mission from Cape Canaveral Air Force Station in Florida, with the spacecraft catching a ride aboard a United Launch Alliance Atlas V rocket.

During its mission, the Solar Orbiter will get up close and personal with the sun in order to investigate our host star and its magnetic field, as well as how the sun influences our solar system as a whole. Though the spacecraft will spend a few years easing into its unique elliptical orbit around the sun, once there, it will be well positioned to also study the sun’s poles up close for the first time.

Equipped with a camera, the orbiter's special orbit — which occasionally takes it closer to the sun than Mercury ever gets — will enable the spacecraft to snap the first-ever photos of the sun's poles. Over the course of its mission, researchers plan to have the Solar Orbiter make 22 close approaches to the sun.

For the first two days following its launch, the orbiter will initiate communications with Earth and begin gathering data. The next three months of the mission will be used to ensure its instruments are working correctly. Then, the Solar Orbiter will spend two years (dubbed the “cruise phase”) reaching its desired orbit. In the meantime, it’ll still be collecting data before it begins its main objective.

There are 10 different instruments onboard the orbiter that will collaboratively study the sun, including a visible light telescope and tools to capture solar wind particles, dust and cosmic rays.

The Parker Solar Probe, which launched in 2018, will work in conjunction with the Solar Orbiter. While the Parker probe is smaller, it's able to go closer to the sun, but it doesn’t have cameras to capture what it sees. The Solar Orbiter does. Between the two, scientists will finally be able to have a better understanding of the star that lets life on Earth keep chugging along.

“As humans, we have always been familiar with the importance of the Sun to life on Earth, observing it and investigating how it works in detail, but we have also long known it has the potential to disrupt everyday life should we be in the firing line of a powerful solar storm,” Günther Hasinger, ESA director of science, said in a NASA press release. “By the end of our Solar Orbiter mission, we will know more about the hidden force responsible for the sun’s changing behavior and its influence on our home planet than ever before."