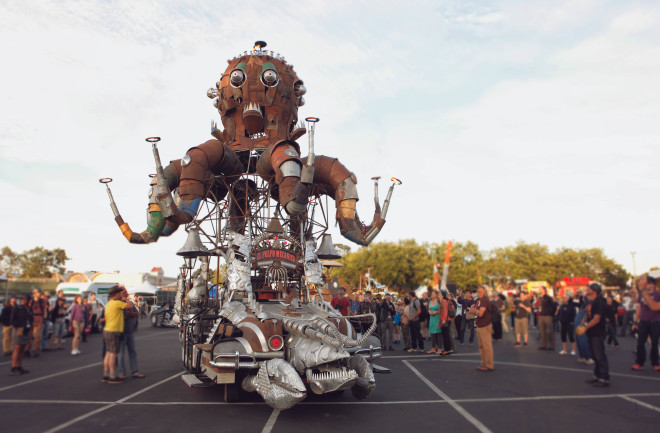 Sept. 1: Flocks of billions of passenger pigeons once darkened skies for hours at a time, but overhunting and habitat loss drove them to extinction. Martha, the last of the species, died in captivity 100 years ago today.

Sept. 3: The National Museum of Natural History celebrates the 50th anniversary of the Wilderness Act with “Wilderness Forever,” a juried exhibition of images of wild America.

Sept. 3-4: Rocky Mountain National Park in Colorado kicks off a yearlong centennial celebration with a picnic and other festivities. Anniversary events continue at the park through September 2015.

Sept. 6: Get out and howl at the moon — or just take in the view — for International Observe the Moon Night.

Sept. 10: How is the gall wasp a part of the American Constitution? Entomologists and environmental educators explain this and more at Maine State Museum’s day of Bug Maine-ia.

Sept. 13-14: The Orlando Science Center hosts the Orlando Maker Faire, a celebration of do-it-yourself for scientists and garage tinkerers of all ages. Highlights include the “Nerdy Derby.”

Sept. 19: If you just can’t get enough films based on dystopian YA novels, 20th Century Fox’s The Maze Runner should provide your next hit.