The final release of the Human Genome Project in 2003 left 8 percent of the genome behind. Now, a grassroots effort has closed the gaps. 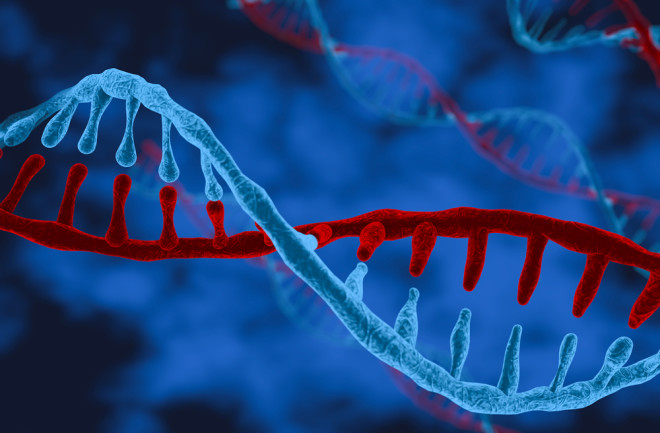 A job well begun is half done, according to Aristotle. The Human Genome Project, which announced its final release in 2003, was certainly a solid start in surveying our hereditary instructions — and well over half finished. Researchers mapped 92 percent of a sample human genome, representing nearly 3 billion base pairs. It established a blueprint for nearly 20 years of research by allowing other teams to highlight variations in genomes between humans. This work has since expanded to other animals, along with plants and even microbes.

While researchers were limited by the era’s technology, the massive team of nearly 3,000 people managed to map the euchromatic regions of DNA, which are relatively gene-rich and loose sections of chromosomes. These were easier and (theoretically) more valuable to map compared to the heterochromatic regions, which were beyond their grasp.

That is, until now. A recent grassroots effort led by scientists at Telomere-to-Telomere Consortium has successfully filled in those missing gaps, as reported in a March Science paper. Their results could prove just as revolutionary as the original Human Project, according to Consortium co-leads Adam Phillipy and Karen Miga.

The most recent project identified three main mapping targets for its sample genome: centromeric satellite arrays; recent segmental duplications; and the short arms of the five acrocentric chromosomes (chromosomes that aren’t cut evenly in half). Their sequence has not only corrected errors in prior references but revealed that these absent sections may be far more significant than previously imagined — they may play a much larger role in our genome, and in understanding diseases like cancer, than previously expected. “I think we’re going to find there’s more variation in that 8 percent than in the 92 percent we’ve been looking at,” Phillipy says.

These chunks of the genome weren’t previously surveyed because they were difficult to map and weren’t thought to contain genes. Yet we now know that these regions “present some of the most highly variable sequences in our human species,” Miga says. Over 2,000 gene predictions have come out of the latest project, and nearly 100 of those are expected to code for proteins, unlike so-called junk DNA.

The 8 percent of the genome that the researchers from the Telomere-to-Telomere Consortium filled in is composed of repetitive sequences — either with patterns of base pairs that repeat one after another, or whole sections that were essentially copied and pasted. However, this portion is still crucial. “As a field, we kind of collectively gaslit each other into thinking that this 8 percent was junk," Phillipy says. "If you were to delete this 8 percent from any genome, you would not live. That’s a pretty easy definition that it’s doing something useful.”

One interesting feature: the centromeres, which play a major role in ensuring proper cell division. These arrangements of non-gene regions can give us insight into errors in cell division such as cancer, Miga adds.

A New Era of Personalized Medicine

While mapping an additional 8 percent of a genome sounds more like a clean-up job than a paradigm shift, the researchers agree that nothing could be further from the truth. “The regions we were missing are really specialized regions that we’ve never been able to study at this depth,” Miga says.

The first Human Genome Project was considered revolutionary and ushered in the emerging field of personalized medicine. Now, the latest iteration reflects a major change in mapping technology and how scientists apply it. While Phillipy and colleagues are currently working out the kinks, they expect major results.

“There’ll be a moment where we create a new standard of genetics and genomics, where every genome will need to be at this level,” Miga says. “And the amount of new info we find will be incredible.”