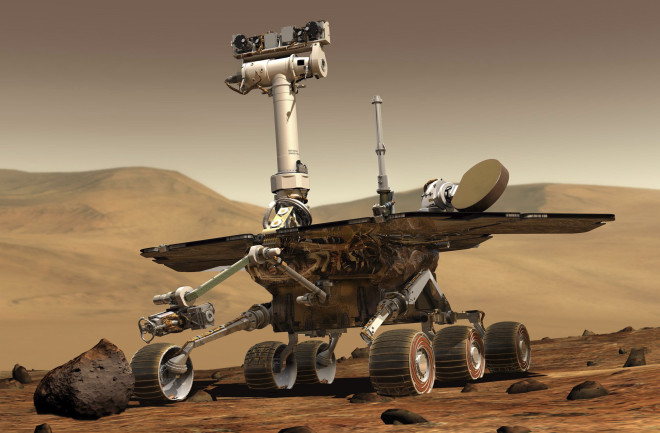 After some 15 prolific years on the martian surface, NASA’s Opportunity rover has gone silent. It took a whopping planet-wide dust storm to fell the solar-powered robot, but, in February, the space agency officially ended the mission. We talked with NASA scientists about their experiences working on the golf-cart-sized rover and what Opportunity meant to them. Their eulogies for the lost rover, originally intended to last just three months on Mars, are below.

“Put simply, I loved Opportunity, as I did her twin sister, Spirit. I was privileged to be part of a team that was ecstatically devoted to them for years. We sacrificed dinners with family, vacations, whole marriages to those rovers. And they were worth it: In exchange, they gave us a planet. They were our eyes and ears, our remote robot bodies.

“The thought of saying goodbye to Opportunity fills me with mixed emotions: pride, certainly, at her enormous accomplishments, but grief and despair at her loss. And, truthfully, I think the pride will have to wait a while. There’s no room for it now.”

Deputy project scientist, first worked with the mission as a teenager

“In terms of the science accomplishments, Opportunity was the first rover to find definitive evidence for liquid water on the surface of Mars. We learned a lot about how to drive rovers on another planet using Opportunity.

“Another legacy that I think is important from my personal story is the legacy of inspiration. I know I’m not the only one who has a story, who thinks that Spirit and Opportunity flipped a switch in their heads and said, ‘Oh my gosh, I’d love to pursue a career in math or in science to be able to do something like this for a career.’ I think that’s another important legacy that’s a little bit harder to quantify, but it’s just as important as the science results that have come out.”

“I think Opportunity has made the solid case that, at least in some point in the past, Mars was habitable. We don’t know when, we don’t know if it ever happened, but at least there were several spots on Mars where we could have potentially had life, whether now or in the past, and I think that’s really fascinating.

“For me personally, I think Opportunity has always just kind of persevered. Mars has thrown a heck of a lot at her. This isn’t even her first global dust storm. She’s survived so much. Parts have broken along the way. There’ve been problems along the way. Yet every single time, we’ve overcome it, and this is finally the one we can’t overcome. I wish she could have persevered a little longer, but Mars had other plans.”

“If I had the chance to say one last goodbye to Oppy, I would thank her for her tireless service above and beyond all possible expectations. There’s probably no more fitting way for her to have gone than in the strongest dust storm we’ve ever seen on Mars — for her, I would expect nothing less. Now she can rest beneath a thin layer of dust, knowing she did humanity proud.”

[This story originally appeared in print as "Remembering the Opportunity Rover."]