Scientist J. Taylor Perron studies rivers and landscapes to discover how our planet and our species developed. 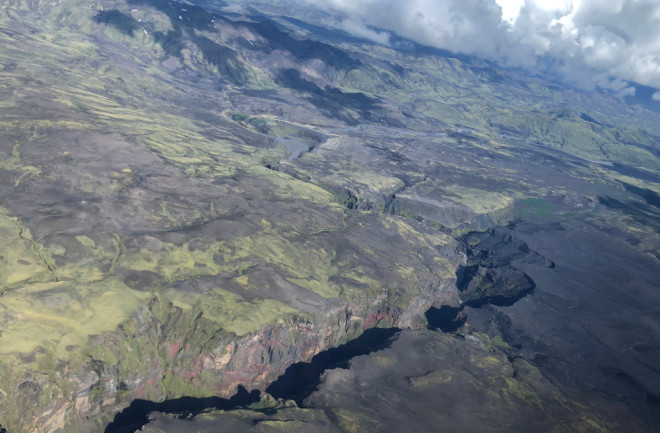 “Life’s too short to ask one question,” the geomorphologist and Massachusetts Institute of Technology professor says.

Landscapes are the texture of a planet’s surface. They include tectonic plates that collide and create mountains, or coursing rivers that carve out canyons. We depend on them for food, we manipulate them to build cities and they threaten us during natural disasters. For Perron, landscapes provide a historical record of a planet’s past.

“We study landscapes because they are the clues left behind by nature about the history of our solar system,” he says.

Rivers shape landscapes. They move minerals, carry nutrients and whittle the curvature of rocks that leave behind geological records.

Using this approach, they can figure out when tectonic plates collided, when rockfaces eroded and what the climate looked like when that happened. Rivers can even show them how life evolved.

Perron’s research isn’t limited to Earth. He also studies the river networks and landscapes on Mars and Titan. Extraterrestrial research gives Perron a “natural experiment” to test what happens when you change parts of the Earth’s climate.

“It's very difficult to do laboratory experiments on planets. You can't just whip up the methane hydrologic cycle your lab and let it go for a few weeks to study and understand how it works,” Perron says.

Instead, his team plugs extraterrestrial images and remote sensing data into their models to ask questions about climates on Mars and Titan.

For example, the landscapes on Mars can answer questions like, how short-lived running water was, how fickle the melting ice cycles were and when Mars might have been habitable for microorganisms?

Titan, on the other hand, has a unique methane-based water cycle and geology that Perron uses as a natural experiment. Its rivers and lakes flow with liquid methane, and its mountains are made from ice. Perron says that Titan’s unique chemistry could reveal what the climate on Earth looked like right before life emerged.

When asked about how he became interested in landscapes — or as he calls it, his “Boba Fett story” — Perron recalls realizing that his elementary school was built on land once buried under kilometers of ice.

“Our environment has changed so dramatically and fundamentally. That there might be a way for us puny humans to grasp the magnitude of that change I thought was really powerful,” he says. “It’s kind of a way to transcend being human.”