What We Can Learn From the Science of Music 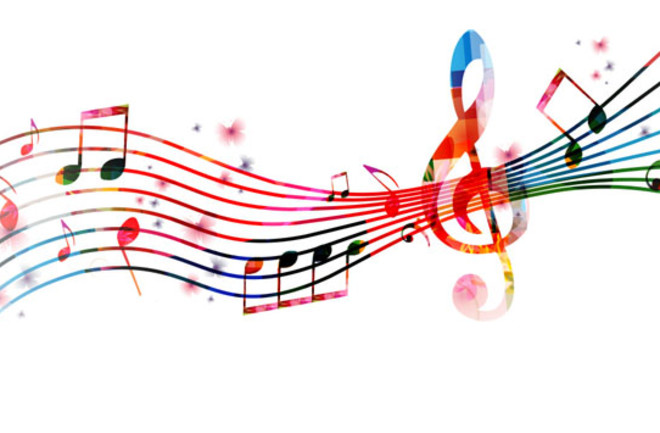 Some 40,000 years ago, a slender bone flute was abandoned in a Central European cave. Carved with five finger holes and a tapered mouthpiece, the instrument dates from around the dawn of human settlement on the continent.

Humans have been making music for a very long time.

Even that flute is probably a recent example of our musical development. Its sophisticated design suggests knowledge of acoustics, likely drawing on long-standing musical customs. But earlier practices are elusive because the first music was most certainly made with the body and voice, dying with its creators. Charles Darwin considered our musical behaviors to be “amongst the most mysterious.” At least in terms of origins, his words still resonate.

One way of exploring musicality before Stone Age flautists crashed Europe is to study hominid anatomy. Fossils show our australopithecine ancestors had vocal structures akin to gorillas, which lack the ability to carry a tune. But Homo heidelbergensis, likely our last common ancestor with Neanderthals, had vocal physiology very similar to modern humans. Given that H. heidelbergensis evolved at least 500,000 years ago, music may have a 500-millennium history.

Of course, the capacity to make music is not proof that music was actually created. And it certainly doesn’t answer the question of why. Was music important enough to drive evolution — offering selective advantages to the most musical? Or was it just an accessory to other developments, like language?

At one extreme, Harvard University cognitive psychologist Steven Pinker has dismissed music as “auditory cheesecake.” As counterpoint, Oxford University evolutionary psychologist Robin Dunbar has suggested that among primates, singing may have been as important as grooming in fostering social cohesion. Potentially even more efficient than picking lice, this “grooming at a distance” may have facilitated the harmonization of large hominin groups.

The carnyx was a terrifying instrument. Brandished in battle against Roman invaders, the Celtic horn was taller than a horse, resembled the head of a boar and produced “a harsh sound which suits the tumult of war,” in the words of one ancient historian. But Scottish archaeologists studying one of the most complete surviving examples — excavated from a bog in 1816 — wanted to actually hear it. So they commissioned metalsmith John Creed to craft a replica in bronze and brass. Four hundred hours of meticulous work, using Iron Age techniques, resulted in an instrument that would do a Celt proud.

Musician John Kenny now plays the facsimile Deskford carnyx (named after the site where it was found). Its ample size and intricate design, including a hinged jaw and a wooden tongue on a spring, afford musical flexibility rivaling any modern instrument: Covering a range of five octaves, the carnyx can overpower a trombone or sing as softly as a flute, and even emit special effects such as voicelike ululations. The re-creation of the carnyx may be the closest we’ll ever come to hearing Iron Age people speak.

Tone A single musical sound of specific pitch, also known as a note.

Pitch The musical quality of a tone, sounding higher or lower based on the frequency of its sound waves.

Resonance Amplification of a musical tone by interaction of sound vibrations with a surface or enclosed space.

Volume The pressure of sound vibrations, heard in terms of the loudness of music.

Tempo The pace of a composition’s performance, not tied to individual notes. Often measured in beats per minute.

Rhythm An arrangement of tones of different durations and stresses.

Melody A succession of individual tones arranged to musical effect, aka a tune.

Chord Two or more tones sounded simultaneously. Chords are the ingredients of harmony.

Harmony The musical arrangement of chords. Harmony is the organization of tones played simultaneously.

Vibrato A small, rapid modulation in the pitch of a tone. The technique may express emotion.

The Evolution of Pop

Every week since Aug. 4, 1958, Billboard has compiled a list of the 100 most popular songs based on record sales, airplay and, more recently, streaming listens. For Armand Leroi, an evolutionary biologist at Imperial College London, the chart is the cultural equivalent of a fossil record. Leroi and colleagues have enlisted audio analysis techniques to sort a 50-year sample of 17,000 songs into clusters, much as field biologists might group species.

These 13 headers encompass the gamut of musical styles from 1960 to 2010. They’re sorted in groups based on similarities in patterns of chord change and tone. Standard genre names such as “country” often appear in more than one category. Leroi’s analysis shows that some country songs may be more similar to certain rock tunes than they are to other songs marketed as country.

These spindles show the relative popularity of musical categories on an annual basis, represented as width. Changes in shading mark major transitions. The most dramatic transition takes place in 1991, when hip-hop begins to take over America. The two earlier musical revolutions are the mid-’60s, with the explosion of rock ’n’ roll, and the mid-’80s, with the arrival of synthesizers and drum machines. These new instruments had such a widespread effect that 1986 was the least musically diverse year on record.

The branches of this tree show higher-level relationships among the 13 categories. For instance, there are greater parallels between blues rock and electronic music than between either of those genres and hip-hop.

Georgetown University neuroscientist Norberto Grzywacz can predict the popularity of a pop song without ever listening to it. By analyzing hundreds of hits from the Billboard Hot 100 between 1958 and 1991, he and colleagues discovered a factor they call harmonic surprise, which seems to account for the success of songs by everyone from Elvis to The Police. The researchers are now using it to experiment with their own computer-generated compositions.

Q: What is harmonic surprise? A: It’s the use of chords that are rare. Musicians use a large number of chords to compose their melodies. Some chords are used often, and some are used rarely. Harmonic surprise is a mathematical way to measure how often rare chords appear in a song.

Q: How does this relate to a song’s popularity? A: We found two types of links between harmonic surprise and song popularity. In the first, songs with many surprising chords tended to reach near the top of the Billboard Hot 100 rankings more often than songs with less harmonic surprise. In the second, what helped the popularity of songs was the change in surprise across sections of the song. The two main sections of a song are verses and choruses. The verses carry the story of the song. The choruses are those parts that have repeated lyrics and that everybody sings together. We found that in successful songs, the harmonic surprise of the verses tended to be higher than in the choruses. Therefore, in the transitions from verses to choruses, the amount of harmonic surprise tended to drop. The same drop in surprise did not tend to happen with songs that did not reach the top of the Billboard.

Q: What pop songs show the ideal combination of surprise and predictability? A: In The Beatles’ “A Hard Day’s Night,” the introductory chord is one of the most highly harmonically surprising chords in the entire corpus of songs that we analyzed. Then, when the song transitions from the introduction to the chorus, the drop in harmonic surprise is huge. In other cases, there is a large drop in surprise from the bridge to the chorus. (A bridge is a musical tool that interrupts the repetitive pattern of a song to grab the attention of the listener.) This is most demonstrably the case in “Every Little Thing She Does Is Magic,” by The Police

On the other hand, there were several songs that were relative flops for otherwise successful artists. Examples of these songs include “Judy” by Elvis Presley, “I Don’t Want to Spoil the Party” by The Beatles and “Till the End of the Day” by The Kinks. Our results perhaps explain why these songs may have “failed.” They had low harmonic surprise and low drop in surprise between verses and choruses.

Q: Could your formula help artists write catchier songs? A: I often joke that we can become rich advising musicians on how to make their songs popular. However, the path to a hit song involves more than just exploring harmonic surprise. Rhythm, lyrics and other factors play important roles for the success of a song. Nevertheless, our laboratory has been conducting a series of experiments with computer-generated “melodies” that vary in surprise. We have asked subjects to rank these songs in order of preference. Although these melodies were computer-generated, the preferences that people displayed agreed well with the principles that we had discovered on harmonic surprise.

The Semantics of Music

Listeners who can get caught up in the beautiful sadness of a ballad or the intense anger of death metal know music carries meaning. But linguist Philippe Schlenker of France’s National Center for Scientific Research thinks music isn’t just a way to convey emotion. By mimicking how we experience sound in everyday life, composers embed extra nuance to help tell their stories.

When the pitch of an instrument is lower than surrounding sounds ...

When the pitch of the music decreases ...

When the volume of an instrument is quieter than surrounding sounds ...

When the volume of the music increases ...

When the tempo of the music is slower than before ...

When the vibrato increases ...

The Acoustics of a Concert Hall

Acclaimed as the world’s greatest concert hall, the Musikverein in Vienna owes its acoustic excellence largely to accident. The architecture is a byproduct of the stylistic preferences and engineering constraints of the 1860s. Aalto University acousticians Tapio Lokki and Jukka Pätynen have analyzed this famous “shoebox” concert hall to understand why the music performed there is universally praised.