Science Also Reckoned With Race This Year: How'd They Do?

As communities across the nation marched for justice, academics took a close look at their own biases. 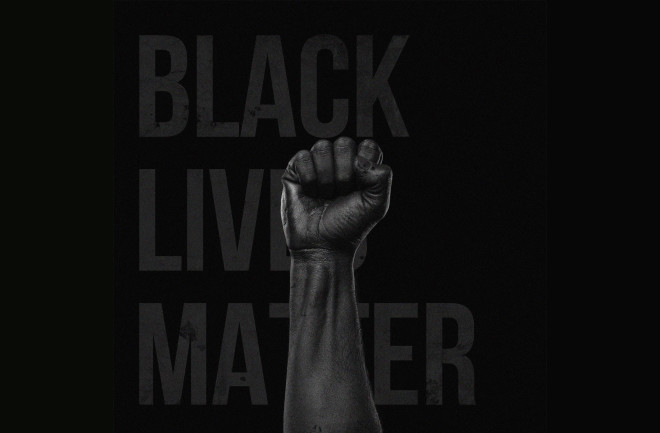 This article appeared in Discover’s annual state of science issue as “Black in Academia.” Support our science journalism by becoming a subscriber.

In May, the killing of George Floyd brought a harsh reality to the forefront of conversations worldwide: Racism permeates every aspect of society. And science, as part of society and my own profession, is not immune. Social media movements in 2020 such as #BlackInTheIvory and #BlackBirdersWeek urged the scientific community to take a hard look at the racism that lies within its walls, as revealed by its own community members. Thousands of Black scientists took to Twitter, Facebook and beyond to share personal stories of prejudice, stereotyping and discrimination faced throughout their careers. These experiences have had devastating consequences for their mental health, professional success and, ultimately, willingness to stay in their fields.

Racism in science is nothing new. For centuries, science has been a foremost tool used to build, defend and maintain racial inequality. As the transatlantic slave trade reached its peak, the 18th century saw the emergence of “race sciences.” European scientists and philosophers debated the number and characteristics of human races, typically depicting Black people as predisposed to unintelligence, laziness and criminality. This work continued in the 19th century with the American eugenics movement, as scientists argued for the genetic superiority of those classified as white. Even as science began to understand race as socially constructed rather than biologically determined, several scholars began to advance notions of Black Americans’ cultural inferiority.

Recent decades brought little change. In the 1990s, social scientists continued to argue that genetic unintelligence or a “culture of poverty” keeps Black Americans from success, blaming academic and family shortcomings while overlooking the roles of history and discrimination. Today, scholars across the sciences uncover racial disparities in all areas of life — often without explaining the myriad social factors that drive such differences. One example lies in the well-publicized finding that, as of Aug. 18, Black people are over twice as likely to die from COVID-19 as white people are. There is less talk, however, of the structural factors that cause such disparities (and even less of how to fix them).

Throughout 2020, scientific institutions (including my alma mater, Princeton University) began to change the names of graduate schools, research journals and awards that used offensive terminology or honored figures who held racist views. Statues came down on some campuses. And several published papers — some in renowned journals — were retracted for flaws that promote harmful stereotypes or downplay racial inequalities. Broader research, however, suggests racial problems run much deeper than monikers and symbols.

Racism in the Field

As a social psychologist, I study how racial inequalities manifest in social interactions. In a 2019 paper, I compared how white people speak when interacting with Black people. Somewhat counterintuitively, I found that white liberals — including Democratic presidential candidates — engage in what I call a competence downshift: They use fewer words highlighting their own competence (like assertive or competitive) when talking to a Black person or a mostly minority audience. White conservatives — who, research suggests, are generally less interested in getting along with racial minorities — showed no such shift. This likely well-meaning, if ultimately patronizing, phenomenon may be one of many that makes scientists of color in mostly white, outwardly progressive scientific communities feel unwelcome.

This competence downshift is likely rooted in the very stereotypes that science has propagated for centuries — those depicting Black people as lower in status and ability. These ideas are alive and well: In another study, my team and I found that white and Black adults nationwide associate white and Black people with high- versus low-status jobs, respectively. For instance, participants guessed that a white person might be a doctor or lawyer, while a Black person might be a maintenance worker. These race-status associations significantly predicted bias, hiring discrimination and opposition to policies for racial equality. The stereotypes also play out in day-to-day interactions for scientists — such as when a Black professor is talked down to or mistaken for the janitor — leaving them feeling unsure of themselves and unwelcome. All of this can deter Black people from entering or staying in the sciences.

In our rapidly diversifying world, the lack of scientists of color becomes increasingly harmful to humanity. Researchers of color are less subject to racial ignorance, allowing them to conduct research that is meaningful to more communities. Journal editors of color are often more likely to spot harmful implications that research might have for vulnerable communities, while participants of color allow scientific breakthroughs that apply to many rather than a few.

As Black Lives Matter protests surged this past summer, organizations scrambled to release statements of solidarity. Conversations about reforming criminal justice, education, housing and the economy came to the forefront. The substance of such reforms will hinge on science — the tool the world turns to for addressing its most pressing problems. To be effective and inclusive, science, too, needs sweeping reforms: increasing the number of scientists of color, improving their sense of belonging within their chosen fields, and rebuilding eroded trust between academia and communities of color. As the world grapples with racism, one can only hope that, this time, science rises to the challenge.

Cydney H. Dupree is an assistant professor of organizational behavior at Yale University.