The finding may help physicists better understand where cosmic rays — energetic particles that permeate the universe — come from. 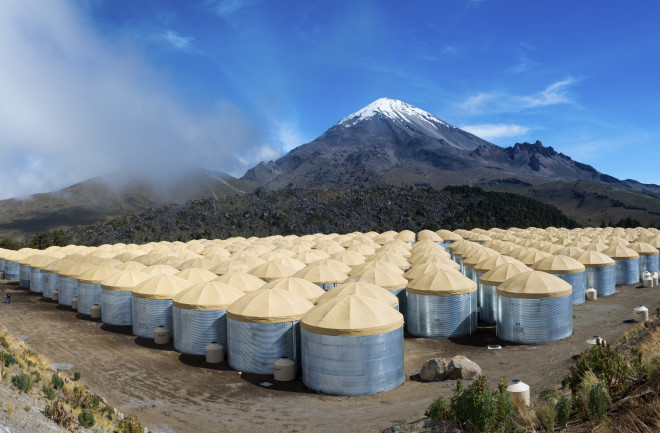 Researchers have discovered nine new sources of high-energy photons in the Milky Way, including some of the most energetic gamma rays ever detected. By studying these gamma-ray sources, which all seem to originate near spinning neutron stars called pulsars, physicists are working to understand the origins of enigmatic and energetic particles called cosmic rays.

The researchers presented the findings in a paper published Jan. 15 in the journal Physical Review Letters.

Tracing the Origins of Cosmic Rays

Scientists are interested in studying gamma rays from space because it lets them dig into the mysterious origins of cosmic rays. Cosmic rays are energetic protons and other atomic nuclei that zoom through space at near-light speeds.

Researchers have some idea of what kinds of astrophysical phenomena would create cosmic rays. But it’s hard to trace them back to where they came from because they are charged particles. This means their paths get bent and scattered by magnetic fields, which are common throughout the universe.

Gamma rays, however, are a type of light that can travel through space unaffected by magnetic fields. Because physicists think cosmic rays colliding with other particles leads to the production of gamma rays, studying gamma rays can help researchers infer where and how the progenitor cosmic rays were created.

Most of the gamma rays scientists have observed in the past have been lower-energy gamma rays. But with the High-Altitude Water Cherenkov Gamma-Ray Observatory (HAWC) in Mexico, which was completed a few years ago, physicists are now able to survey the entire sky for gamma rays with especially high energies. Physicists are confident that high-energy gamma rays are created in phenomena that involve cosmic rays, but for low-energy gamma rays, that’s not always the case.

The nine new gamma-ray sources found by the HAWC collaboration, which includes institutions in Mexico, the U.S., Europe and South America, make up the first catalog of gamma-ray sources in this high-energy range.

“These are actually the highest-energy gamma rays ever seen,” said Brenda Dingus, a physicist at Los Alamos National Laboratory and a senior member of the HAWC collaboration. Some of these gamma rays have about 10 times the energy of the most energetic gamma rays that have been created in particle accelerators on Earth.

Interestingly, the new high-energy gamma-ray sources are all located near pulsars — extremely magnetic rotating neutron stars that shoot jets of radiation through space. This makes the researchers wonder whether the high-energy gamma rays — and the cosmic rays that produced them — are a common feature of pulsars, says Kelly Malone, an LANL physicist and lead author of the new paper.

According to the researchers, once scientists upgrade the sensitivity of the HAWC observatory’s detector, they should start seeing even more of these high-energy gamma-ray sources, which will further help them pin down their origins.