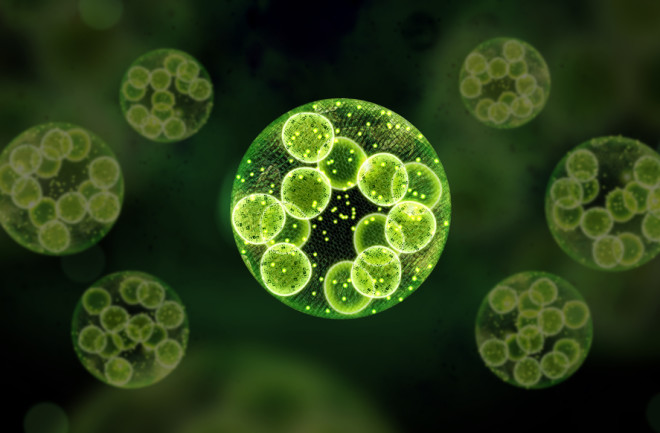 Our nearest astronomical neighbor is Proxima Centauri, a tiny red dwarf star some 4.25 light years from here. In recent years, Proxima has become the focus of huge attention. In 2016, astronomers discovered it hosted an Earth-sized exoplanet in the habitable zone where conditions should be ripe for liquid water.

Then last year, astronomers spotted an unusual radio signal that appeared to be coming from that part of sky. The most likely source of the signal is radio interference on Earth but various astronomers have discussed the possibility that it could be a technosignature from a Proxima Centauri civilization.

All this excitement masks a much more basic and obvious question, which is whether a red dwarf could host life at all, given that the light it produces is much cooler, dimmer and redder than the light that supports life on Earth.

Now we get an answer of sorts thanks to the work of Riccardo Claudi at the Astronomical Observatory of Padova in Italy and colleagues who have recreated the red dwarf light spectrum and shown that bacteria can harvest it for photosynthesis.

Their work suggests that, at least as far as the spectrum of light is concerned, red dwarfs have the capability to host photosynthetic life forms. In turn, this hints at the kind of biosignature these lifeforms might present to distant observers, such as ourselves.

First, some background. Red dwarfs are the most promising places to look for exoplanets because they are small, so planets show up more easily as they pass in front, and because they are low mass, so planets orbit more closely and quickly. That means their periodic occultations are easier to monitor.

As a result, astronomers have found large numbers of exoplanets around red dwarfs, many orbiting in the habitable zone. But even for these planets, biologists have questioned whether basic biological functions such as photosynthesis could ever operate in these dimmer, redder conditions.

Photosynthesis is a way of turning light energy into chemical energy that plants and bacteria can use as fuel. It works only within a certain range of wavelengths. For a long time, biologists thought this stretched from around 400 nanometers (violet) to 700 nanometers (far-red).

Light with shorter wavelengths in the ultraviolet is too energetic and tends to damage cells and the molecular machinery they contain while longer wavelength light in the infrared does not have enough energy to break chemical bonds and so cannot be harnessed for photosynthesis.

However, in recent years, researchers have discovered extremophile cyanobacteria with chlorophyll that extends the known limits of photosynthesis, harvesting light at wavelengths up to 750 nanometers. These organisms can survive in light-limited environments where other bacteria would perish.

For Claudi and colleagues, the obvious question is whether these same cyanobacteria might be able to survive on red dwarf light. So they decided to find out.

The team created an environment that simulates the spectrum of light that red dwarf stars produce. This has little blue and green light but much red light; it is also dimmer. The environment can also reproduce the spectrum of ordinary sunlight and even produce just far-red light. The team then attempted to grow various types of bacteria in these environments.

That lays to rest the idea that red dwarfs do not produce light that living can harvest. But it is not proof that these stars actually support life. Indeed, there are plenty of other potential showstoppers as far as life is concerned.

Astrobiologists worry that exoplanets around red dwarfs might not have enough water or other volatile chemicals, that they might be exposed to too much extreme ultraviolet from flares that these stars are prone to. These factors are beyond the scope of the current paper.

However, if photosynthesis is possible on these exoplanets, then they may well display the tell-tale signs to distant observers. These might include an atmosphere rich in oxygen. Earth’s oxygen is the result of photosynthesis, although some planetary geologists say such an atmosphere could also be created by sunlight breaking down water into hydrogen and oxygen.

A more persuasive signature would be a “red edge,” a sharp drop in the spectrum of reflected light caused by photosynthetic absorption on the surface. These would presumably be at much longer wavelengths than the red edge the Earth produces.

This would be tantalizing evidence because there is no known naturally occurring mineral that could make a planetary surface reflect light in this way.

At least we shouldn’t have to wait long to know more. The next generation of space telescopes are designed to look for exactly this kind of evidence. In particular, the James Webb Telescope, Hubble’s replacement, is scheduled for launch later this year and should be able to study the nature of exoplanets orbiting other stars for the first time. Astrobiologists are licking their lips.