Put Down the Gun: Bank Robberies Just Ain't Worth It 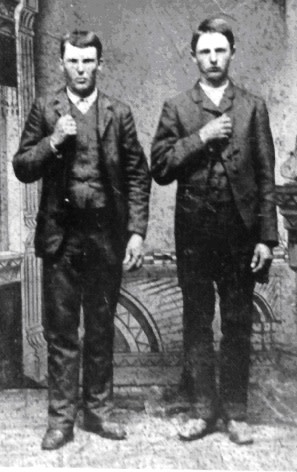 If only the James brothers had studied econometrics, they would have realized that crime doesn't pay.

Pondering a bank-robbing life of crime? Don’t start building the pool for swimming through your piles of money

quite yet: Economists say that in a single raid in the United Kingdom, a robber doesn’t even earn enough to purchase a new car, while each theft increases his odds of being captured. “The return on an average bank robbery is, frankly, rubbish. It is not unimaginable wealth. It is a very modest [$19,889.64] per person per raid,” write three British economics professors in their paper

(titled “Robbing banks: Crime does pay---but not very much”) in the journal Significance. At that rate, to earn an average annual income in the UK, any would-be Butch Cassidy would have to hold up two banks a year, and by the time he completed three successful raids---and only 66 percent of bank robberies actually succeed---he would face a fifty-fifty chance of arrest. In the United States, a bank robber’s gains are even more abysmal, with each hold-up pulling in a feeble $4,330. At least the American bank robbery can lord it over the average commercial raid (which nets an average of $1,589) and convenience store bust (only $769 on average). To calculate these profit margins, the researchers analyzed confidential data from the British Bankers’ Association and the FBI, as well as taking into consideration how using a team and showing a firearm affected thieves’ earnings. While each additional robber increased the total haul, the surplus had to be split between more people, and each individual’s share decreased. In a similar case of advantages and disadvantages, using a firearm bumped up thieves’ earnings, but also intensified the penalties they faced if captured. The economists even quantified the effect when banks had fast-rising security screens, metal walls that in half a second can shoot up to cut the staff and money off from would-be robbers (and from customers, who presumably aren't too eager to buy things once the robbery begins). Attempted robberies in banks that use these screens were over 30 percent more likely to fail, but because even successful raids cost the banks so little, installing the screens would cost more than they save. The authors point out that even thieves seem to have realized that the risk of a bank robbery is not worth the reward, as rates of this crime are tapering off in both the US and the UK. Then, the researchers go on to prove another hotly debated hypothesis: that economists do indeed have a sense of humor. “The lesson of [the decreasing number of bank robberies] would seem to be: successful criminals study econometrics,” they write. “Statistics can help in all walks of life.” [via Ars Technica