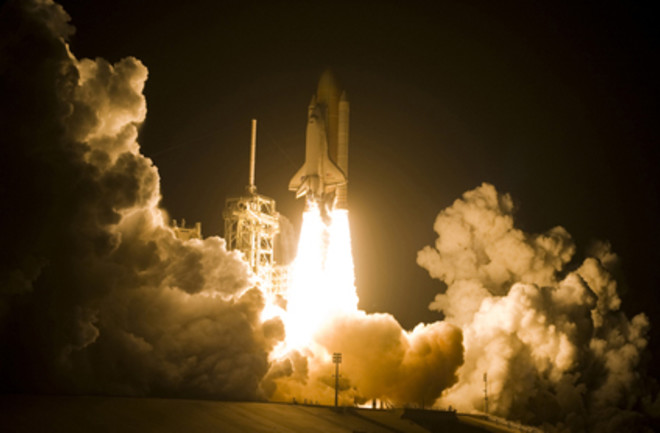 After months of meetings, the panel of space experts appointed by President Obama to evaluate NASA's manned spaceflight program has returned with a dire assessment: lack of financing has put the program on an "unsustainable trajectory." The executive summary (pdf) of the report, released yesterday, puts forth a number of ideas for how the space agency can live within its means, but the final decisions on whether to act on the ideas rests with President Obama and Congress. Among other recommendations, the panel suggested that

NASA shelve its goal of rapidly returning to the moon and instead focus on nurturing a robust commercial space industry that can handle short-term objectives of the nation's space program, such as ferrying cargo and crew to the international space station [The Wall Street Journal].

By canceling a return to the moon (which had been scheduled for around 2020) and outsourcing routine resupply missions, the panel suggested that NASA would be able to work towards more ambitious, deep space missions like a trip to an asteroid or an expedition to Mars. NASA has been developing two new rockets called Ares I and Ares V, as well as a new astronaut capsule called Orion, but the projects are over-budget and behind schedule. By allowing new commercial spaceflight companies like SpaceX to do some of the heavy lifting, the panel hopes NASA could save time and money. But critics say

the study overestimates the extent of the problems confronting current programs while significantly underestimating the cost and difficulty of making alternate rockets safe to carry astronauts. Critics also argue that many of the commercial options favored by the study don't have a track record and haven't been fully tested [The Wall Street Journal].

A space exploration program "that will be a source of pride for the nation" will require roughly an additional $3 billion a year, the committee found [Washington Post].