Preserving the Moon Landings for Posterity 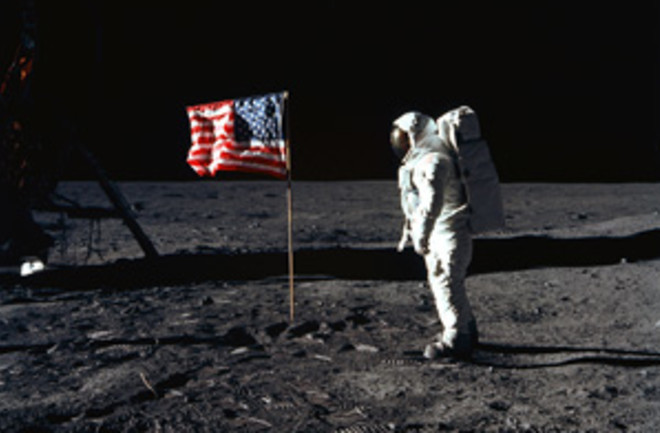 Archaeologists, historians, and governments take great care to preserve human history across the globe, protecting monuments of our civilizations and traces of our origins. Even what may seem, at first, like the detritus of existence---footprints left millions of years ago, the contents of well-preserved wastebins---can serve as tangible, informative links to the past. Now, scientists and officials are working preserve some of humanity's best-known footprints, left by a giant leap for mankind, by extending those same sorts of historical protections to the Apollo missions' lunar landing sites. The tricky part is, many such protections require that a site be on the territory of a state or nation---and the US government can't claim sovereignty over any part of the moon, and doesn't want to appear as though it's trying to. But NASA and the New Mexico and California state governments have gotten onboard with the effort to safeguard the sites, spearheaded by New Mexico State University anthropologist Beth O'Leary. A NASA panel recently issued recommendations for protecting the sites that suggest future explorers give a wide berth to the astronautical artifacts left behind, Kenneth Chang reports at the New York Times:

The recommendations, issued in the fall, place greater protections on items from the first moon mission, Apollo 11, and the last one, Apollo 17. For Apollo 11, the recommendations ask that any visitor, robotic or human, stay at least 75 meters from the lander. “In that case, it would protect every footprint from Neil and Buzz and all the flight hardware,” [NASA's Robert] Kelso said. For Apollo 17, the protection bubble is even wider — 225 meters — because a lunar buggy let the last two men on the moon, Eugene A. Cernan and Harrison H. Schmitt, cover much more ground.

NASA's recommendations aren't legally binding, and lunar missions by other nations or commercial space outfits can still land wherever they please. But the guidelines do apparently carry some weight: A Lunar X Prize team that intended to land at the Apollo 11 site has changed its plans. Read more at the