Planetary Alignment Didn’t End the World in 1919. But One Professor Thought It Would

Famous for his drastic weather predictions, Albert F. Porta's name could be seen in local papers across the country in the early 1900s. His story is a cautionary tale of how fake news spreads when the world is in disarray. 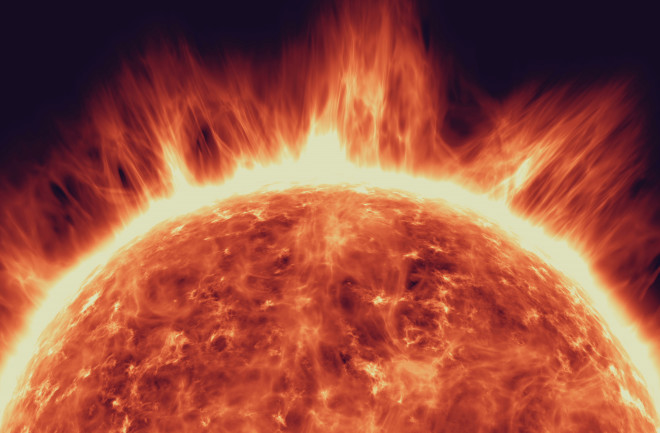 The year was 1919, and countries were grappling with their losses after four years of war. A pandemic had been raging since the preceding spring, claiming hundreds of thousands of lives with no end in sight. And in spring of that year, a damning column made the rounds in newspapers from Arizona to Wisconsin, placing blame for the lives it claimed on the planet Jupiter.

Yep, you read that right — Jupiter was the cause of millions of flu-related deaths, according to Albert F. Porta, a nationally-syndicated columnist with a slew of credentials to his name. In this particular article, he was identified as a “noted sunspot scientist.” In others, he was named a meteorologist or an astronomer.

But he was neither of those; Porta was an architect and engineer by trade. However, he is best known for his columns that boasted of his supposed expertise on meteorology and astronomy, where he made increasingly incredible claims as the U.S. faced nationwide tumult.

The headline to Porta's article that ran in the Sheboygan Press on April 15, 1919.

Just a few months after his pandemic story made the rounds, Porta predicted the end of the world. He argued that a unique alignment of the planets would create dangerous sunspots and cause worldwide disasters on December 17, 1919 at approximately 8:31 a.m. Clearly, that prediction did not come true. But people took the news to heart, and at least one died by suicide a day before the apocalypse was supposed to happen.

All the while, Porta was convinced that his predictions were rooted in fact. “He's seeing this through the eyes of an engineer,” explains Brian Regal, a historian of science at Kean University in New Jersey. “He thinks he's doing science.”

And under that guise of expertise, Porta used his media megaphone to spread drastic predictions that held no weight in the scientific community. Even in the days far before social media, when newspapers and magazines were a primary source of information for most people, fake news still spread to the masses. And the chaotic climate of the 1910s — much like today’s — might have been the perfect breeding ground for far-flung conspiracies and doomsday prophecies.

It’s not that Porta had no idea how science worked. But that’s part of what makes his story so compelling, argues Regal, because his background is an anomaly.

“He isn’t a crank in his basement, [or an] autodidact teaching himself nuclear physics,” says Regal. “He’s a well-educated man.”

Porta studied architecture and civil engineering in his home country of Italy and was, for a time, an engineering professor at Santa Clara College in California in the early 1900s. For reasons unknown, he was no longer a professor by 1913. But he found employment at the Santa Clara observatory, where he was hired for his math skills. It was there that he started to research the electromagnetic connections between sunspots and planets.

But after two years of running calculations, Porta left the observatory to establish his own forecasting service for weather and earthquakes, using new methods that had not been tested or approved. He frequently cited the name of the director that he formerly worked under at the observatory, J.S. Ricard, to boost his credentials. But Ricard was outspoken against Porta’s independent endeavors, taking to his meteorology newsletter, The Sunspot, to vent his frustrations.

Porta had his own mouthpiece in the local San Jose newspaper, and his columns were later published in others across the country. At the core of his predictions was the idea that the sunspots could affect weather on Earth. “That's not a completely out-of-bounds idea,” explains Regal. Today, we know that sunspot flares can cause geomagnetic storms on Earth that can disrupt radio signals and the power grid and give us brighter Northern Lights. But in his time, Porta worried that sunspots could generate enormous storms, volcanic eruptions and dangerous earthquakes — a conclusion not backed by scientific evidence.

On top of that, Porta believed the alignment of the planets could lead to more intense sunspots. In turn, that could mean more dramatic weather on Earth. And if the planets aligned just the right way, it could spell doom to the entire planet.

Society on the Edge

Porta’s apocalyptic prediction came in a year marked by a pandemic, prohibition and the end of World War I. Often throughout history, societal stress and conspiracy theories go hand in hand. “When society is more disruptive, those are more fertile conditions for conspiracy theories,” explains John Cook, a professor of psychology at George Mason University in Virginia. “I think we're just more vulnerable or primed to believing in conspiracies under those conditions.”

In addition to Porta’s idea about sunspots and Jupiter causing the flu, other rumors circulated about the origins of the 1918 pandemic — blaming its spread on foreigners, new trends like jazz music, Jewish people and pharmaceutical companies. If those themes sound familiar, it’s because they are. Many are comparable to ones at the core of COVID-19 conspiracies, like that brand-new 5G towers are actually causing the virus through radiation or the accusation that the pathogen was leaked from a lab in China.

“Psychologically, randomness makes us really uncomfortable,” Cook says. That’s part of the reason why, under stress, we tend to seek patterns in events and prescribe meaning to chaotic situations, even if the factual evidence for those explanations doesn’t add up. “We prefer to think that there is actually order and planned meaning rather than just stuff happening for no reason,” Cook explains.

From that chaos, conspiracy theories can offer a refuge by giving an explanation to stressful circumstances. Regardless of their credibility, ideas that seek to make sense of the world can appeal to the masses — and when someone bearing the title scientist or professor has an outlet to spread false information, it can make them all the more convincing.

Porta was so convincing, in fact, that some groups of people gathered to prepare for the end. They had raucous parties, travelled to cities to watch the chaos and prayed together in graveyards. It was supposed to be a spectacle — albeit, a terrifying one — though in the end, nothing happened.

Such is the outcome with all doomsday prophecies past. Regal specifically recalls the case of the Millerites, a Christian religious sect who were convinced that the apocalypse would happen by 1844. Fittingly, it’s known as the Great Disappointment. “Thousands of people [went] out onto a hillside outside of Albany thinking they're going to go to sleep, and when they wake up, they're going to be in the kingdom of heaven,” Regal says. “[But] when they wake up, they're in Albany.”

What sets Porta’s prophecy apart, however, is that he did not predict the apocalypse through the same lens as the Millerites, or many other doomsday prophesiers through history. “Most end of the world, end-timers come from a sort of religious background,” Regal explains. Rather, using the guise of scientific credibility, Porta was able to leverage his ideas to misinform the public. At one point, he even became associated with the University of Michigan through the error of a newspaper. The university tried its best to disassociate themselves from Porta, but the damage was already done.

On December 18, the day after the world was supposed to end, several newspapers reported on the non-event. “We’re still here,” read one headline from the The Leon Journal-Reporter in Leon, Iowa.

Porta didn't run and hide after his failed prediction. In fact, he continued to state that bad weather was on the horizon, with the worst of it due around Christmas day, 1919.

Though his byline eventually disappeared from most newspapers in the following years, he left behind a cautionary tale in how grandiose predictions and false information can cause damage. "This sort of end-of-the-world thing has consequences," Regal says. "Especially for the people who believe in it."

The terror of a looming apocalypse was felt around the country, much like the terror of an unending pandemic or an unending war. In times when things are uncertain, it makes sense to look to experts and people we trust. But sometimes there are people who exploit that trust — knowingly or not.

"We like to believe in things that either make us feel good [and] fit with our sort of cosmology, our worldview," Regal says. "We also have a tendency to say, well, this person is supposed to know what they're talking about. This person is a scientist."