Physicists Prove Anyons Exist, a Third Type of Particle in the Universe

This year, physicists gave us an early view of a third kingdom of quasiparticles that only arise in two dimensions. 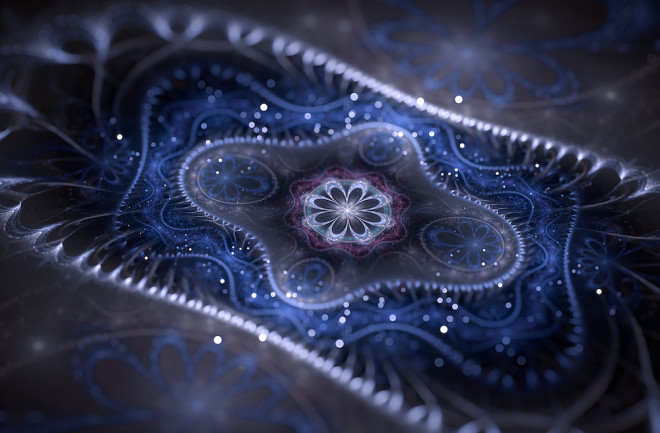 This article appeared in Discover’s annual state of science issue as “Anyons Join the Particle Party.” Support our science journalism by becoming a subscriber.

After decades of exploration in nature’s smallest domains, physicists have finally found evidence that anyons exist. First predicted by theorists in the early 1980s, these particle-like objects only arise in realms confined to two dimensions, and then only under certain circumstances — like at temperatures near absolute zero and in the presence of a strong magnetic field.

Physicists are excited about anyons not only because their discovery confirms decades of theoretical work, but also for practical reasons. For example: Anyons are at the heart of an effort by Microsoft to build a working quantum computer.

This year brought two solid confirmations of the quasiparticles. The first arrived in April, in a paper featured on the cover of Science, from a group of researchers at the École Normale Supérieure in Paris. Using an approach proposed four years ago, physicists sent an electron gas through a teeny-tiny particle collider to tease out weird behaviors — especially fractional electric charges — that only arise if anyons are around. The second confirmation came in July, when a group at Purdue University in Indiana used an experimental setup on an etched chip that screened out interactions that might obscure the anyon behavior.

MIT physicist Frank Wilczek, who predicted and named anyons in the early 1980s, credits the first paper as the discovery but says the second lets the quasiparticles shine. “It’s gorgeous work that makes the field blossom,” he says. Anyons aren’t like ordinary elementary particles; scientists will never be able to isolate one from the system where it forms. They’re quasiparticles, which means they have measurable properties like a particle — such as a location, maybe even a mass — but they’re only observable as a result of the collective behavior of other, conventional particles. (Think of the intricate geometric shapes made by group behavior in nature, such as flocks of birds flying in formation or schools of fish swimming as one.)

The known universe contains only two varieties of elementary particles. One is the family of fermions, which includes electrons, as well as protons, neutrons, and the quarks that form them. Fermions keep to themselves: No two can exist in the same quantum state at the same time. If these particles didn’t have this property, all matter could simply collapse to a single point. It’s because of fermions that solid matter exists.

The rest of the particles in the universe are bosons, a group that includes particles like photons (the messengers of light and radiation) and gluons (which “glue” quarks together). Unlike fermions, two or more bosons can exist in the same state as the same time.

They tend to clump together. It’s because of this clumping that we have lasers, which are streams of photons all occupying the same quantum state.

Anyons don’t fit into either group. What makes anyons especially exciting for physicists is they exhibit something analogous to particle memory. If a fermion orbits another fermion, its quantum state remains unchanged. Same goes for a boson.

Anyons are different. If one moves around another, their collective quantum state shifts. It might require three or even five or more revolutions before the anyons return to their original state. This slight shift in the wave acts like a kind of memory of the trip. This property makes them appealing objects for quantum computers, which depend on quantum states that are notoriously fragile and prone to errors. Anyons suggest a more robust way to store data.

Wilczek points out that anyons represent a whole “kingdom” containing many varieties with exotic behaviors that can be explored and harnessed in the future. He began thinking about them about 40 years ago in graduate school, when he became frustrated with proofs that only established the existence of two kinds of particles.

He envisioned something else, and when asked about their other properties or where to find these strange in-betweeners, half-jokingly said, “anything goes” — giving rise to the name.

Now, he says, the new studies are just the beginning. Looking forward, he sees anyons as a tool for finding exotic states of matter that, for now, remain wild ideas in physicists’ theories.