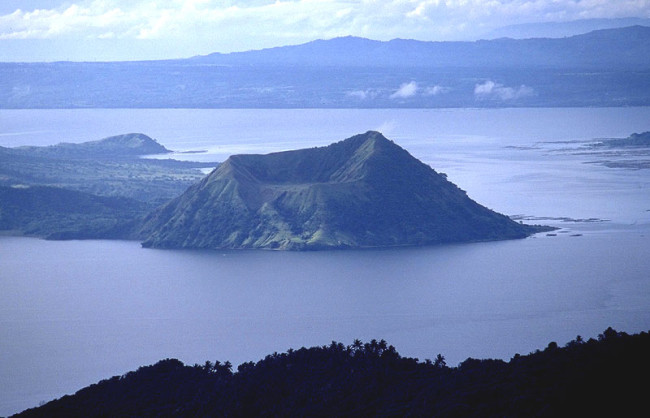 Two volcanoes on the island of Luzon look like they might be primed for activity, at least according to PHILVOLCS, the Philippine Institute of Volcanology and Seismology. Both Mayon and Taal (above) are showing signs of increased seismicity. Only Mayon is actively steaming right now and the volcano had a mild ash eruption on August 10 as well. Officials in the Philippines have both volcanoes on Alert Level 1 (potential activity).

Taal is actually part of a bigger system that occupies a 15 by 20 km caldera. The island where most historic activity has occurred is made up of a series of smaller stratocones and the volcano itself is one of the more dangerous in the Pacific Rim. The last eruption of Taal was over 30 years ago, but it has a long history of eruptions that produce pyroclastic flows and lava flows.