Perseverance is the New Name of the Mars 2020 Rover

The name was chosen from 28,000 entries submitted by school children across the U.S. 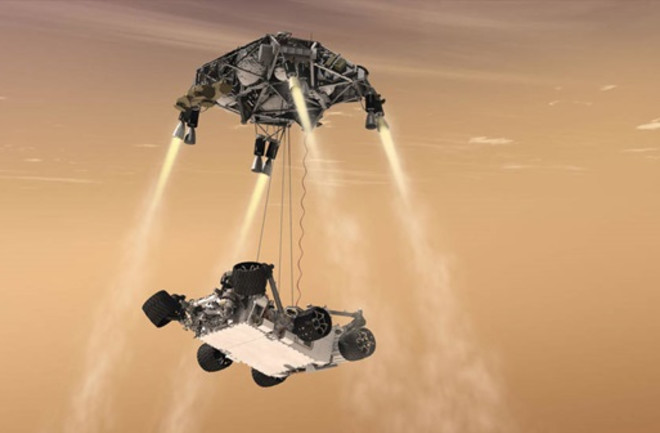 An artist concept of the landing of the Mars rover. (Credit: NASA/JPL)

At around 1:30 p.m. EST today, NASA announced the official new moniker of the Mars 2020 rover: Perseverance. The naming contest began in 2019, granting students from kindergarten to 12th grade a chance to be a part of the mission. About 28,000 essays explaining the students’ ideas were submitted, but only nine were chosen as finalists.

You can watch the naming ceremony below, courtesy of NASA TV.

Few worlds have garnered as much attention as Mars. And though astronomers have mapped the planet’s surface from afar for hundreds of years, it wasn’t until the last half-century that we sent robotic scouts to physically explore and capture close-up views of the rusty world.

In recent decades, scientists have seen dust devils meandering along Mars’ barren surface. They’ve uncovered reservoirs of water ice trapped at its poles and buried just below the surface. And they’ve found evidence that liquid water once existed on the now-arid planet, likely forming lakes and other bodies of water well suited for preserving ancient life — that is, if life ever existed there.

Now, it seems that every time scientists make a new discovery about Mars, the conversation quickly shifts to: “When are we going to go there and see for ourselves?” With the upcoming Mars 2020 mission, scientists are finally taking the first steps toward exploring the Red Planet in person.

Planned for launch between July 17 and Aug. 5, Mars 2020 will embark on a roughly seven-month journey to the Red Planet, arriving Feb. 18, 2021. And once engineers confirm it’s landed safe and sound, Mars 2020 will set to work achieving its four main objectives.

There’s plenty of overlap between Mars 2020’s goals and those of previous rovers, but Mars 2020 still has a unique agenda. Namely, Mars 2020 will seek signs of past life by searching for sites that were once habitable; hunt for evidence of ancient microbes at those sites by studying rocks known to preserve life; collect and store rock cores for a future sample return mission; and help scientists prepare for the hurdles human explorers will face on Mars, partly by testing a method for pulling oxygen out of thin air.

But first, the newly named rover has to get to the Red Planet.