Perseid Meteor Shower Should Dazzle Despite a Bright Moon 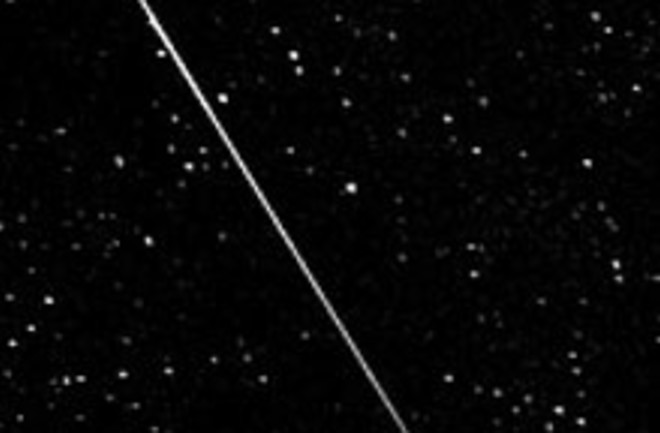 Space aficionados are getting ready for the Perseid meteor shower, a show of shooting stars that occurs each year in the middle of August. This year, the event is expected to produce more shooting stars than usual; however, they may be slightly harder to see because of the moon's unusual brightness due to the phase it will be in during the showers. The Perseid Meteor Shower, which consists of debris from the Swift-Tuttle comet, became active on July 17, but have largely been so disperse and faint to see.

[A] noticeable upswing in Perseid activity traditionally begins during the second week of August, leading up to their peak. They are typically fast, bright and occasionally leave persistent trains. And every once in a while, a Perseid fireball will blaze forth, bright enough to be quite spectacular and more than capable to attract attention even in bright moonlight [Space.com]. Like other meteor showers, Perseid's fiery show is the result of particles disintegrating as they speed into the Earth's atmosphere.

In other years, stargazers have been able to see up to 200 meteors per hour. But because the moon will be at last quarter the night of Aug. 13 and it will be at a rather bright waning gibbous phase a night or two earlier, seriously hampering observation of the peak of the Perseids, predicted to occur late on the nights of Aug. 11 and 12.

the moon's brightness could hamper visibility, astronomers say the meteor shower should still be exciting to watch. Astronomers will also be tweeting Perseid live, uploading photos and information to Twitter in the hopes of getting people excited about stargazing in the same way a Twittered moonwatch boosted interest in space.

"We realised early on that what people want are images of the night sky, so we used our array of telescopes and cameras to provide a constant stream of pictures which we uploaded straight to Twitter... We were amazed at how excited people were about our Twitter Moonwatch. We had thousands of people who had probably never looked through a telescope before asking us questions directly and viewing images" [Guardian], said

Richard Fleet, president of Newbury Astronomical Society, the organization that is running the Twitter Meteorwatch.

80beats: Scientists Pick Up the Pieces (Literally) of an Asteroid Spotted Last October