Peeling back the palimpsest, and finding selection again 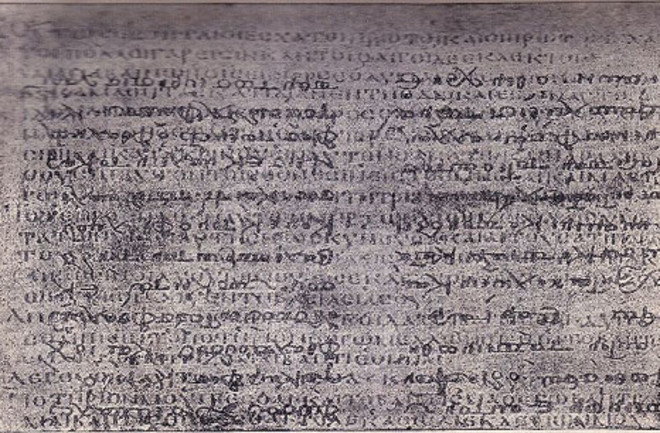 There is the fact of evolution. And then there is the long-standing debate of how it proceeds. The former is a settled question with little intellectual juice left. The latter is the focus of evolutionary genetics, and evolutionary biology more broadly. The debate is an old one, and goes as far back as the 19th century, where you had arch-selectionists such as Alfred Russel Wallace (see A Reason For Everything) square off against pretty much the whole of the scholarly world (e.g., Thomas Henry Huxely, "Darwin's Bulldog," was less than convinced of the power of natural selection as the driving force of evolutionary change). This old disagreement planted the seeds for much more vociferous disputations in the wake of the fusion of evolutionary biology and genetics in the early 20th century. They range from the Wright-Fisher controversies of the early years of evolutionary genetics, to the neutralist vs. selectionist debate of the 1970s (which left bad feelings in some cases). A cartoon-view of the implication of the debates in regards to the power of selection as opposed to stochastic contingency can be found in the works of Stephen Jay Gould (see The Structure of Evolutionary Theory) and Richard Dawkins (see The Ancestor's Tale): does evolution result in an infinitely creative assortment due to chance events, or does it drive toward a finite set of idealized forms which populate the possible parameter space?*

But ultimately these 10,000 feet debates are more a matter of philosophy than science.  At least until the scientific questions are stripped of their controversy and an equilibrium consensus emerges. That will only occur through an accumulation of publications whose results are robust to time, and subtle enough to convince dissenters. This is why Enard et al.'s preprint, Genome wide signals of pervasive positive selection in human evolution, attracted my notice. With the emergence of genomics it has been humans first in line to be analyzed, as the best data is often found from this species, so no surprise there. Rather, what is so notable about this paper in light of the past 10 years of back and forth exploration of this topic?**

By taking a deeper and more subtle look at patterns of the variation in the human genome this group has inferred that adaptation through classic positive selection has been a pervasive feature of the human genome over the past ~100,000 years. This is not a trivial inference, because there has been a great deal of controversy as to the population genetic statistics which have been used to infer selection over the past 10 years with the arrival of genome-wide data sets (in particular, a tendency toward false positives). In fact, one group has posited that a more prominent selective force within the genome has been "background selection," which refers to constraint upon genetic variation due to purification of numerous deleterious mutations and neighboring linked sites.

The sum totality of Enard et al. may seem abstruse, and even opaque, in terms of the method. But each element is actually rather simple and clear. The major gist is that many tests for selection within the genome focus on the differences between nonynonymous and synonymous mutational variants. The former refer to base positions in the genome which result in a change in the amino acid state, while the latter are those (see the third positions) where different bases may still produce the same amino acid. The ratio between substitutions, replacements across lineages for particular base states, at these positions is a rough measure of adaptation driven by selection on the molecular level. Changes at synonymous positions are far less constrained by negative selection, while positive selection due to an increased fitness via new phenotypes is presumed to have occurred only via nonsynonymous changes. What Enard et al. point out is that the human genome is heterogeneous in the distribution of characteristics, and focusing on these sorts of pairwise differences in classes without accounting for other confounding variables may obscure dynamics on is attempting to measure. In particular, they argue that evidence of positive selective sweeps are masked by the fact that background selection tends to be stronger in regions where synonymous mutational substitutions are more likely (i.e., they are more functionally constrained, so nonsynonymous variants will be disfavored). This results in elevated neutral diversity around regions of  nonsynonymous substitutions vis-a-vis strongly constrained regions with synonymous substitutions. Once correcting for the power of background selection the authors evidence for sweeps of novel adaptive variants across the human genome, which had previous been hidden.

There are two interesting empirical findings from the 1000 Genomes data set. First, the authors find that positive selection tends to operate upon regulatory elements rather than coding sequence changes. You are probably aware that this is a major area of debate currently within the field of molecular evolutionary biology. Second, there seems to be less evidence for positive selection in Sub-Saharan Africans, or, less background selection in this population. My own hunch is that it is the former, that the demographic pulse across Eurasia, and to the New World and Australasia, naturally resulted in local adaptations as environmental conditions shifted. Though it may be that the African pathogenic environment is particularly well adapted to hominin immune systems, and so imposes a stronger cost upon novel mutations than is the case for non-Africans. So I do not dismiss the second idea out of hand.

Where this debate about the power of selection will end is anyone's guess. Nor do I care. Rather, what's important is getting a finer-grained map of the dynamics at work so that we may perceive reality with greater clarity. One must be cautious about extrapolating from humans (e.g., the authors point out that Drosophila genomes are richer in coding sequence proportionally). But the human results which emerge because of the coming swell of genomic data will be a useful outline for the possibilities in other organisms.

* The cartoon qualification is due to the fact that I am aware that selection is stochastic as well.