Lots of important advances in astronomy happen accidentally, when scientists are searching for something else. 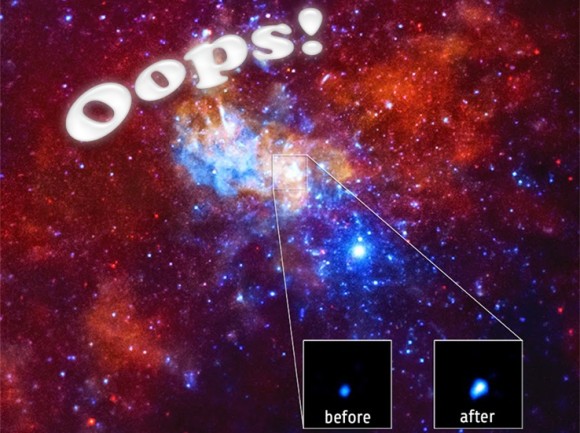 Last year, the Milky Way’s central black hole was supposed to rip apart the gas cloud G2. But like so many overyhyped action flicks, the real show was a disappointment. Scientists trained their telescopes on the galactic center for months, waiting. And nothing really happened.

But because they were conscientiously observing, they noticed lots of other things never before seen. They watched the brightest-ever X-ray flare from the galactic center, a whopping 400 times brighter than normal. They also discovered a new magnetar, a rare kind of neutron star (a star as dense as an atomic nucleus but the size of a city).

And that just goes to show that lots of cool science happens accidentally, when scientists are searching for something else. Here are eight more discoveries they didn’t mean to make. 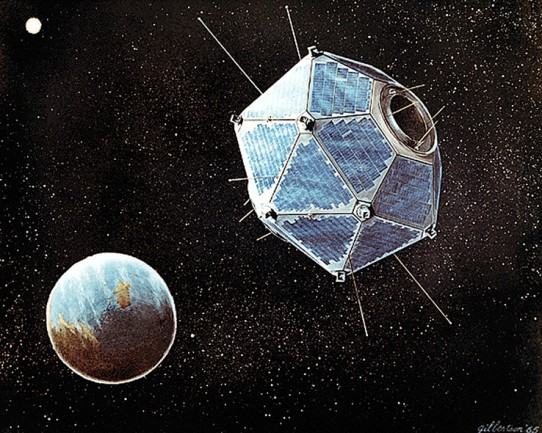 In 1963, the US, the UK, and the USSR promised, possibly with their fingers crossed behind their backs, not to test nuclear devices anymore. The US Air Force, ever the big brother, launched a set of spy satellites to make sure nobody was breaking the treaty. These “Vela” satellites (creepily named after the Spanish verb velar, “to watch”) looked from space for the X-rays and gamma rays that give away these bomb detonations.

Instead of seeing explosions from Siberia, though, the Velas spied bursts of gamma rays coming from space. We now aptly call them “gamma ray bursts,” and they originate from supernovae and from the collisions of superdense objects like neutron stars. 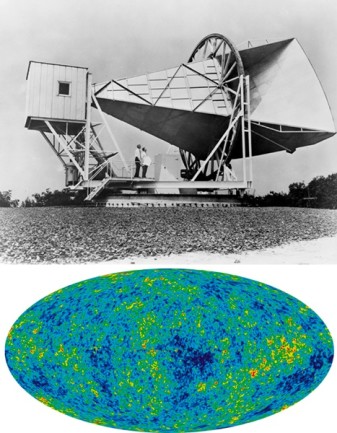 The Holmdel horn antenna, built by Bell Laboratories, was as its name suggests a giant horn. It acted like a funnel for radio waves, collecting them into its wide end and guiding them down into a detector.

In 1964, Bell employees Arno Penzias and Robert Wilson were using the device to keep tabs on the company’s balloon satellites. However, they noticed a strange phenomenon: No matter where they pointed it, or when, they heard a weird buzzing sound.

They peered into their funnel and shooed away some pigeons that had nested there, thinking a layer of feces might be the problem. But what they were actually hearing wasn’t crap: It was the “cosmic microwave background,” the soft hiss left over from the Big Bang. How annoying. Let’s hope it won them Employees of the Month awards. 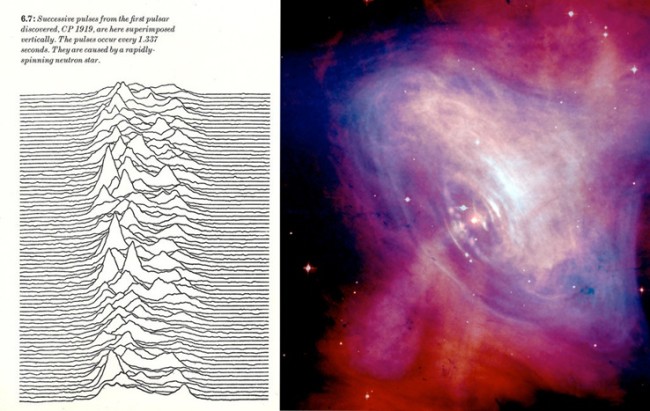 Talk about paperwork: at the Mullard Radio Astronomy Observatory outside Cambridge, UK, it was Jocelyn Bell’s job to analyze the 100 feet of paper it produced daily. In 1967, amidst all that data, she noticed a pulse — like an EKG heartbeat — coming every 1.3 seconds from a particular spot. Bell took this “bit of scruff” to her boss and they named it “LGM-1,” half joking that it was the first signal from Little Green Men.

Soon, though, they found another pulse, this one every 1.6 seconds. They had discovered pulsars — the hulks left after supernovae. They are city-sized balls of neutrons that can rotate hundreds of times a second. Every time they spin, radio waves shine our way, like light from a cosmic lighthouse. 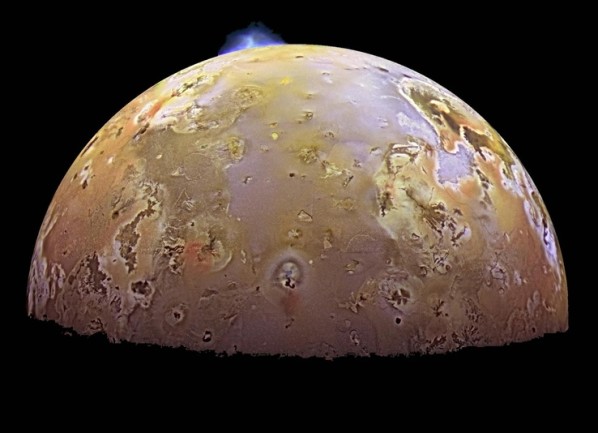 The 1979 images of Jupiter’s moons were just supposed to help mission controllers figure out where Voyager 1 was, exactly, in its flyby. However, when engineer Linda Morabito dialed up the contrast on an image of Io, trying to make the background stars more visible, she saw a huge cloud puffing out of the moon’s edge.

At first she thought it was another moon creepin’ out from behind Io. But she and other scientists eventually figured out they were seeing a plume from a live volcano — the first extraterrestrial volcano eruption ever discovered. Today the Ionian volcano count stands at over 400.

In 1928, Bell Laboratories had a dream: to make transatlantic telephone calls possible. They asked a researcher named Karl Jansky to solve the problem of static.

He built an antenna, now called “Jansky’s merry-go-round,” to investigate the sources of static, and found just two: thunderstorms, and a constant low-level hiss coming from the center of our Milky Way.

Space is making those radio waves! he concluded, a conclusion that appeared in the 1933 New York Times. He was right, and he had discovered radio astronomy itself. But Bell Labs considered it a fail: They couldn’t fix space-static and assigned him another project. The founder of radio astronomy never did radio astronomy again and didn’t get to keep his merry-go-round. 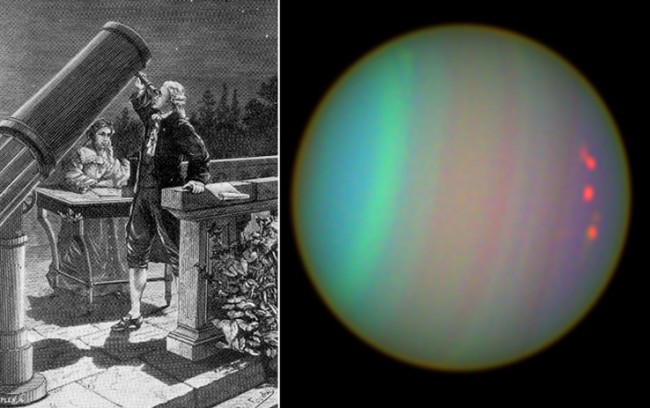 In 1781, British astronomer William Herschel was trying to catalog all the stars magnitude -8 or brighter. Sound boring? It was. That’s perhaps why he got so excited when he noticed a point of light that traveled across the sky at a different speed from the stars. That meant that it lived closer to us than stars do. It was a new world: Uranus, first planet found since antiquity.

He wanted to name the object after King George III, but that’s really nearsighted and nationalistic, so we ended up with Uranus, to the delight of English-speaking third-graders everywhere. 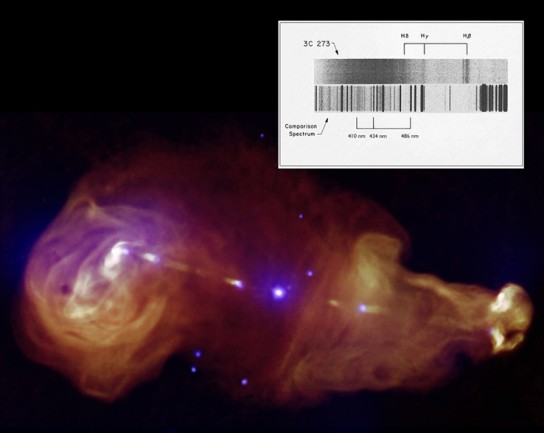 Maarten Schmidt thought he was staring at a star in 1963, but it was blasting out huge amounts of radio waves, which stars don’t really do. He called it a “quasi-stellar object” — a quasar. It had strange spectral lines, he noted. These lines are fingerprints of chemical compounds, and they tell astronomers what’s inside an object.

In a eureka moment, he realized the strange lines were actually from hydrogen — they’d just been stretched out. That happens when the compounds in question are really far away. In this case, billions of light-years away. For the radio waves to arrive as brightly as Schmidt saw them, after traveling that far, the object emitting them must be 100 times brighter than our entire galaxy.

Now we know quasars are crazy because of violence happening around distant supermassive black holes. Let’s continue to watch from the nosebleed seats, okay? 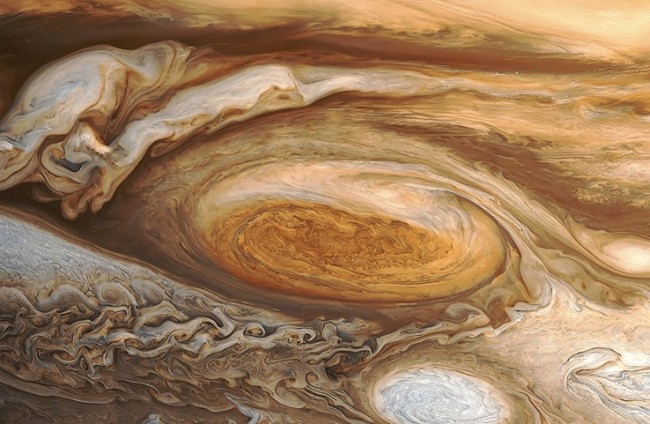 It was 1955 and Bernard Burke and Kenneth Franklin just wanted to see if their radio antenna was working: point it at the Crab Nebula, push some buttons, and be done. But what they didn’t bargain for was a weird crackling, buzzing, popping sound.

And the sound, they realized, showed up 4 minutes earlier every night — just like things do when they come from our rotating sky (because a day is actually 23 hours, 56 minutes. Hence, leap years). The pair had inadvertently discovered the first radio waves from another planet.

When electrons and protons travel through Jupiter’s magnetic field, it makes them spiral like a repetitive roller coaster, which causes them to scream (or, more scientifically, emit radio waves). Listen to those noises here.