One Third of Known Planets May Be Enormous Ocean Worlds 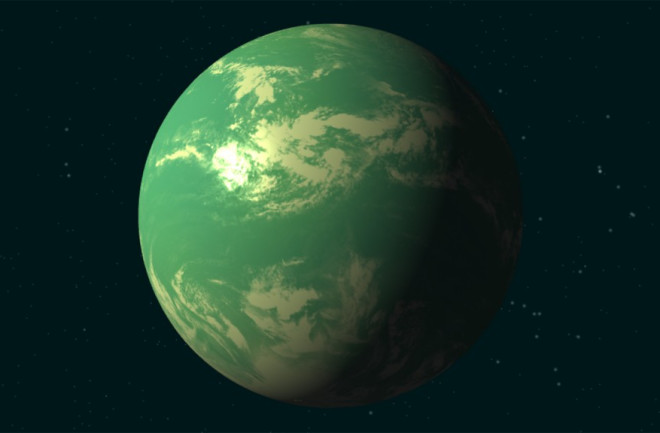 A new model of Super-Earths implies many of these planets are covered in enormous, thick oceans. (Credit: NASA) Water is a key ingredient for life — and new research suggests we might find it all over the galaxy. Scientists looked at the mass of Super-Earths, a kind of planet common across the cosmos but not present in our own solar system. These rocky worlds are several times larger than Earth, but the team's analysis of known Super-Earths reveals something astounding: Many of them may be literal water worlds. According to the research, many of these planets may be half water. By comparison, water is just a tiny fraction of Earth's mass. But that doesn't mean these Super-Earths are friendly places to live. The Harvard-led team determined that those planets with 1.5 times Earth’s radius or below would be terrestrial, or rocky. Super-Earths above 2.5 Earth radius might more like tiny versions of Neptune or Uranus. The two water-dominated planets in our solar system are far from life friendly. Such hulking Super-Earths would be enshrouded by a mostly-water vapor atmosphere. Further below, there might be oceans at extreme pressures and temperatures — between 390 and 930 degrees Fahrenheit (200 to 500 Celsius). But that doesn’t necessarily preclude life. “Life could develop in certain near-surface layers on these water worlds when the pressure, temperature and chemical conditions are appropriate," says the study's lead author, Li Zeng of Harvard University. Zeng also believes that these planets may form more like a gas giant, with a core deep underneath a dense atmosphere. “One has to realize that, although water appears to be precious and rarer on Earth and other inner solar system terrestrial planets, it is in fact one of the most abundant substance in the universe, since oxygen is the third most abundant element after hydrogen and helium,” Zeng said. And based on the team's modeling, up to 35 percent of known planets might be water worlds. That could mean the coming years will lead to the discovery of a whole lot of exo-oceans — and a whole host of new questions. The scientists presented their research Friday at the Goldschmidt Conference, the world's preeminent conference on geochemistry.