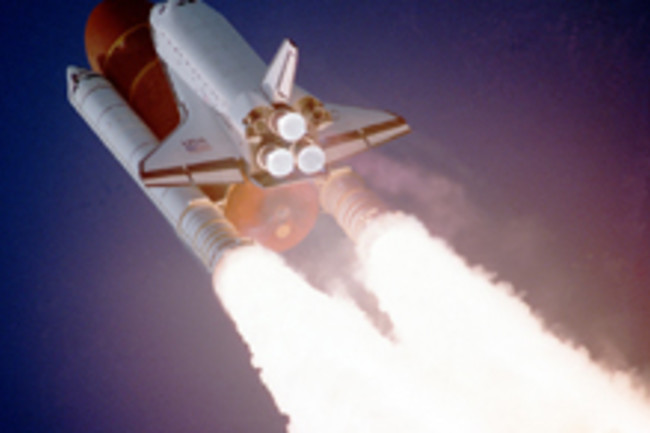 You can't cancel an enormous federal program without hitting pushback, and President Obama is hitting plenty of it over his proposal to end NASA's Constellation program. In January his budget proposal put forth no funding for Constellation, the space shuttle successor program that included the Ares rockets, Orion crew capsule, and plans to send astronauts back to the moon by 2020. Instead, NASA would become more reliant on private companies to ferry its astronauts to the space station, and would explore new ideas for visiting Mars or nearby asteroids. But the proposal has already ruffled lots of feathers, prompting the President to say he will hold a conference to further outline his plan. First, many high-profile space experts balked at the proposal. Former astronaut Tom Jones said Obama was surrendering human spaceflight, and Apollo 17 astronaut Harrison Schmitt, one of the last men to walk on the moon, was equally displeased.

"It's bad for the country," Schmitt said. "This administration really does not believe in American exceptionalism" [Washington Post]

. Dissent wasn't universal; DISCOVER blogger Phil Plait, for one, praised the possibilities for commercial space-faring. But even getting the new plan in place will take plenty of political wrangling. Last week reports surfaced saying that NASA chief Charles Bolden and others inside the agency were quietly preparing a Plan B, with compromise options for the members of Congress who have objected to the President's plan. When the news reports came out, however, Bolden flatly denied them.

“The president’s budget for NASA is my budget,” General Bolden said. “I strongly support the priorities and the direction for NASA that he has put forward” [The New York Times]

. One of the unhappy members of Congress is Senator Kay Bailey Hutchison of Texas. Hutchison, whose home state is one that stands to lose jobs when NASA's space shuttle program ends, tried to thwart the Obama plan last week by introducing a bill to extend the shuttle for two more years (It's currently due to retire this year).

The bill, dubbed the Human Space Flight Capability Assurance and Enhancement Act, calls for spending an additional $3.4 billion between 2010 and 2012 to keep the space shuttle flying. It would require NASA to spread out its four remaining shuttle missions, now slated to wrap up by October, and potentially add additional flights [MSNBC]

. Yesterday, shuttle program manager John Shannon said it could be done—if the country is willing to spend the money. It currently takes $200 million every month to maintain the shuttles. Not everyone greeted the President's proposal with sour grapes. Private space companies like Elon Musk's SpaceX, for whom the move would mean more opportunities, are understandably excited. "It’s a huge move, and in the face of a lot of congressional opposition," Musk said when DISCOVER spoke to him for a piece in the upcoming May magazine issue. Constellation, he argues, was never going to to reach it goals. It was already vastly underfunded, and would have required an infusion of cash that Americans would never give, especially in the current economic climate. "The people that are really hardcore against the cancellation of Constellation are people who, either from a political standpoint, have a ton of money being spent in their district and they don’t really care whether this succeeds or not," he says. Trying to get back on top in the public relations war, Obama announced this week that he would give a conference on April 15 in Florida to spell out more of his NASA vision.

Senator Bill Nelson, Democrat of Florida, said he hoped Mr. Obama would use the meeting to lay out a goal and a timetable for sending astronauts to Mars [The New York Times]

. Nelson, who flew on a space shuttle mission in the 1980s, is a political ally of the President's, but represents Florida, where so much of NASA's human spaceflight program is based. The key to political victory for Obama, he says, may be overturning the idea that the end of Constellation equals the end of ambitious manned spaceflight. Related Content: Bad Astronomy: President Obama's NASA Budget Unveiled Bad Astronomy: Give Space a Chance 80beats: Obama's NASA Budget: So Long, Moon Missions; Hello, Private Spaceflight 80beats: New NASA Rocket May Not Be “Useful,” White House Panel Says 80beats: Presidential Panel: Space Travel Plans Are BrokenImage: NASA