Experience an earthquake simulator, an African hybrid eclipse and kinetic art this month. 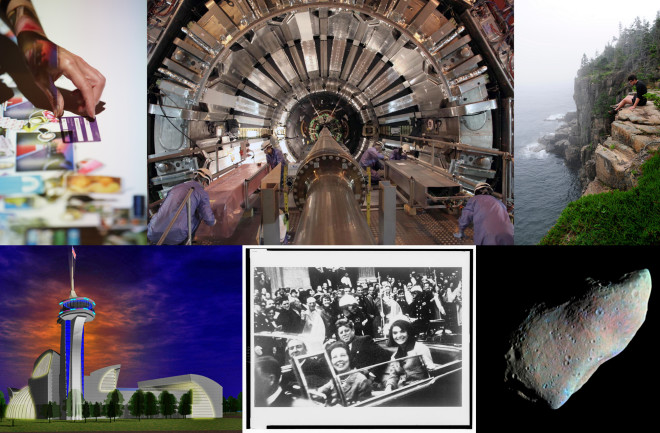 November 1: More than a Museum

Experience an earthquake simulator, aquarium and 48-foot-tall human body model all in the same day at Discovery Park of America, opening today in Union City, Tenn.

During this rare eclipse, crossing from Gabon to Somalia, the sun is totally obscured when viewed from some spots but appears as a ring around the moon elsewhere.

Reduce, reuse or recycle anything from paper, bottles and cans to eyeglasses, crayons and Christmas trees at collection drives throughout the country.

Back-to-back PBS premieres — “At the Edge of Space,” exploring the Earth/space boundary, and “Asteroids: Doomsday or Payday?” — make it a good night to stay in!

November 21: Everyone Loves a Quitter Help stub out the biggest cause of preventable disease and death in the U.S. by celebrating the American Cancer Society’s Great American Smokeout.

Half a century before Twitter and Tumblr, Abraham Zapruder turned iReporter when he captured and shared 8mm-film footage of John F. Kennedy’s assassination.