No, SETI has not detected an alien signal from a Kepler planet 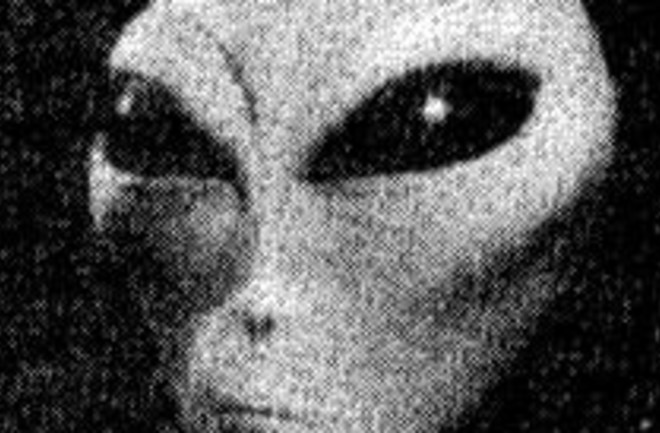 Last night, I started getting emails and tweets asking about a possible detection of a radio signal coming from two of the newly-discovered planets orbiting other stars. Cutting to the chase: yes, a signal has been seen, but no, it's not coming from some alien civilization. It's almost certainly something much closer, like a satellite interfering with the observation. So what's the deal?

You talkin' to me?

an ongoing effort to figure out ways to detect signals from space that could be coming from other intelligences: aliens. They focus (haha) mostly on radio signals, since it's very easy to send radio waves across the vast light years separating stars, it's easy to detect radio waves (so primitive life like us can pick up the call), and it's easy to encode information that way. Heck, we've been broadcasting coded radio waves for over a century now! Currently, no unambiguous alien "Hello there!" has been detected. The sky is big, there are a lot of stars out there, and the radio spectrum is really wide, too. Think of how many radio stations there are on a typical radio dial from top to bottom; now divide that up into a billion tiny slices and try to find the one that's playing the song you want to hear. It's something of a painstaking process. Recently, astronomers came up with a clever idea: the Kepler space mission is finding tons of planets orbiting other stars. It may find an Earth-like planet orbiting a Sun-like star at just the right distance to allow life to evolve, though no such planet has been found just yet. Still, why look all over the sky when we know where there are lots of planets?

Can't stop the signal So a search targeting those stars with planets has been set up. And that's where our story picks up: using the ginormous 100 meter Green Bank Telescope

, astronomers from UC Berkeley found what look like artificial signals when observing two different stars. The stars are called Kepler Object of Interest 812 and 817 (or just KOI 812 and 817 for short). Here's an example of a signal they found from KOI 817:

This takes a little explaining. Basically, the plot shows how strong the signal was (shown by how bright the line is) over time (which starts at the top of the graph and increases downward) versus the frequency of the signal. So the observation starts at the top, and you can see the strength go up and down as time goes on. If the signal had been at one strength the whole time, the line would be equally bright everywhere. It also is tilted, which means it changed in frequency. A radio station sitting on Earth broadcasts at one frequency that doesn't change (which would be a vertical line on this plot), but if the radio source is moving toward or away from you, the frequency will shift via the Doppler shift

(the same thing that makes a train whistle change pitch as it heads toward you, passes, and then heads away). Right away there's a lot you can figure out at a glance! A shifting signal means it's probably in space and not on Earth. More importantly, it's very narrow in frequency, whereas a lot of natural signals emit radio all over the spectrum, so instead of a narrow line you'd see a very broad line. So it's likely to be an artificial signal from space. Hey, WOW. Could it be aliens?!

Well hold on there, buckaroo. There is another source of artificial signals from space: us. We have lots of satellites orbiting the Earth, and they broadcast quite loudly in radio waves. They use narrow frequency bands, and would exhibit a Doppler shift as they orbit. So how can we tell the difference between aliens and humans in space? One way is to move the telescope! If you're pointed at an alien transmitter, then moving the telescope will point you in a different direction, and the signal should go away. On the other hand, strong satellite signals can be detected by radio telescopes even when they point in another direction; the signal can leak into the telescopes even when you're pointed well away. This is called "side lobe interference", and it's a major pain for radio astronomers when they're observing faint objects. But in this case it's actually helpful: the astronomers moved the telescope, and yet they continued to see these signals. So it's clear these signals are coming from our own satellites orbiting the Earth, and not Klaatu, Klingons, or Klendathu. So, sadly, it's not aliens. But the good news is the method works! The astronomers use automated software to look for what could be artificial signals, and the computers flagged these detections. As the project ramps up and they start looking in earnest at the hundreds or even thousands of exoplanets orbiting stars out in the galaxy, they'll certainly find lots of signals like these -- interference from somewhat closer and more mundane sources. But, as the search goes on, who knows? If Vulcans or Gallifreyans (but hopefully not Cardassians or Daleks) are out there, and they're trying to catch our attention... well, we're listening.

Tip o' the spacesuit helmet to vjekoslr on Twitter. My thanks to Seth Shostak and Andrew Siemion for helpful comments. Signal plot courtesy The Search for Extra Terrestrial Intelligence at UC Berkeley, GBT image courtesy NRAO/AUI.

^* I tried to distinguish between SETI (the search) and the SETI Institute, but decided this could be made clearer. Sorry about any confusion.

Related posts: - Giant spaceships to attack December 2012? - No, a new study does not show cosmic-rays are connected to global warming - No, the “supermoon” didn’t cause the Japanese earthquake - No, there’s no proof of a giant planet in the outer solar system - No, a pole shift won’t cause global superstorms