No Seriously, Elon. You Can’t Just Nuke Mars (We Asked) 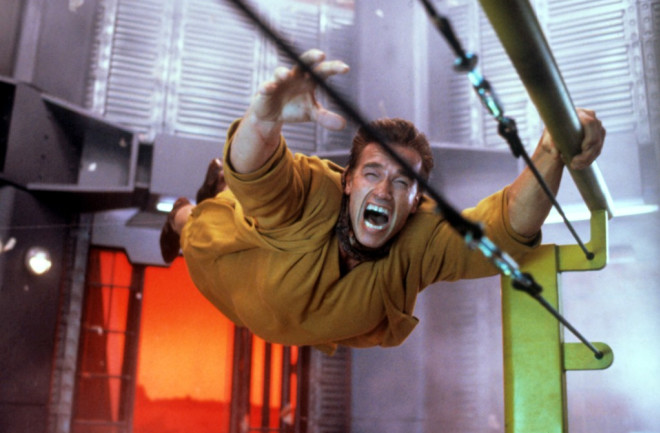 On Monday, a study published in Nature Astronomy took an exhaustive look at what it would take to terraform the Red Planet and fulfill generations of sci-fi dreams.

In it, leading Mars experts tallied the planet’s stores of carbon dioxide, a powerful greenhouse gas, and gauged the likelihood of releasing all that CO2 to create a stable atmosphere — one thick enough to have liquid water on the surface.

Their disappointing conclusion: You can’t terraform the place with any present or near future technology.

But not everyone is buying it.

SpaceX founder Elon Musk tweeted at Discover that there is a “massive amount of CO2 on Mars adsorbed into soil that’d be released upon heating. With enough energy via artificial or natural (sun) fusion, you can terraform almost any large rocky body.”

Musk is referring to carbon dioxide molecules that have stuck to the planet’s rocks over time. In the past, he’s proposed nuking the Red Planet to release these buried gases. Here, he could also be referring to using fusion as a power source that could heat Martian rocks.

So, we went back to the scientists to see what’s possible.

“When you’re thinking about a technology far into the future, you can think about anything you like and imagine it’s feasible,” says Bruce Jakosky, head of NASA’s Mars MAVEN mission and lead author of the Nature Astronomypaper.

“That’s why we stuck with today’s technology — things we actually know how to do,” he adds.

However, Jakosky says Elon’s not wrong in one sense: There is adsorbed carbon dioxide on the planet, as the team mentioned in their paper. But put simply, extracting it is a hard, hard process.

“On a global scale, I can only think of two possibilities,” Jakosky says of extracting the adsorbed CO2.

One of those would require producing massive amounts of greenhouse gasses on Mars’ surface. Essentially, this method would involve importing or manufacturing CFCs — usually known as ozone killing gases on Earth — and releasing the pollutants into the air to drive climate change.

The other method Jakosky suggests would mean building a mirror as large as the Red Planet’s dayside that could rapidly heat the entire globe, hopefully releasing little bits of CO2 everywhere. That’s because any localized process (like a fusion power plant) just can’t release enough carbon dioxide from the rock to make a difference.

Both of those ideas are centuries away from being even remotely possible.

And even if you did find an efficient process to extract adsorbed CO2 out of the rock — and you discovered an optimistic amount of CO2 inside all those rocks — you still wouldn’t release enough to greenhouse gases to give Mars a comparable air pressure to Earth at sea level, a unit of measurement known as a bar.

“You would still fall well short of a bar,” Jakosky says. “But you would get some significant warming and significant pressure.”

His co-author, Christopher Edwards of Northern Arizona University, says this is partly because the process of adsorption of CO2 into Martian rock isn’t as efficient as it is on Earth.

On Earth, we have carbon sinks like limestone, which store up lots of adsorbed CO2. But these are gently guided along by microbe colonies and warm temperatures. So far, the trapped carbon seen on Mars has seeped in through non-living, cold processes. And it’s spread out fairly evenly across the planet without a (known) large subsurface deposit.

“It’s really difficult to find any source of material that’s significant that can really augment the Martian atmosphere,” Edwards says.

Roger Wiens, a scientist at Los Alamos National Laboratory, leads the team behind ChemCam, an instrument aboard NASA’s Curiosity rover. This instrument fires laser pulses at Martian rocks and analyzes the chemical composition of what comes out. He says that Curiosity has seen few carbonate bearing rocks at Gale Crater — the sort of calling card of adsorbed CO2.

This is partly because Mars doesn’t have effective ways to sequester them over time.

Earth has lots of things going for it that Mars doesn’t — a magnetic field and a larger radius to help hold onto its atmosphere better. It also has plate tectonics to grab limestone, plus other carbonates to pull those down into the interior. That’s why Wiens doesn’t think we should expect to find any great reservoir of CO2 on the surface. Subduction events to bury carbon dioxide, like those seen on Earth, were likely rare and shallow on Mars.

There is one exception: There’s likely carbon from the very, very early days of Mars trapped deep, deep below the surface.

But “that’s just material that just comes out by volcanism, that’s not something that humans have access to in terms of terraforming,” Wiens says.

And while there are a few carbonate heavy areas, they seem to be localized.

Some have been seen from orbit, but only one has ever been explored by rover. The Spirit rover explored Gustav Crater from 2004 to 2010 and found a decent amount of carbonate bearing formations there.

“In these formations, they’re the dominate mineral, but these formations are relatively limited in size,” Wiens says. The Mars 2020 rover, set to launch in a year, is set to explore areas believed to have more carbonate bearing rock, probably formed in Mars’ much wetter past.

But unless Mars 2020 has an explosive revelation to share with us, terraforming proponents likely won’t catch a break.

So, for now, we might be able to explore Mars, and even set up a base in the near future. But we shouldn’t expect nuking the Red Planet to do much other than make a mess. No matter how hard you work the soil, you can’t make a lot of carbon dioxide out of only a little trapped there.