Every few years a story crops up about “European-looking” people in northwest China who claim to be of Roman origin. 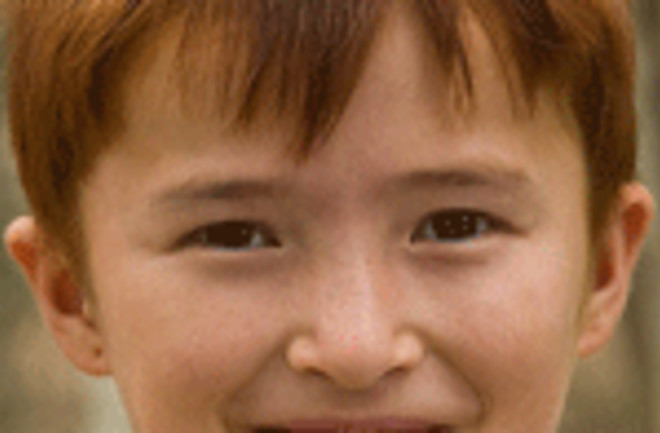 Every few years a story crops up about “European-looking” people in northwest China who claim to be of Roman origin. A “lost legion” so to speak. I’ll admit that I found the stories interesting, amusing, if  implausible, years ago. But now it’s just getting ridiculous. This is almost like the “vanishing blonde” meme which always pops right back up. First, let’s quote from The Daily Mail,* DNA tests show Chinese villagers with green eyes could be descendants of lost Roman legion:

For years the residents of the remote north western Chinese village of Liqian have believed they were special. Many of the villagers have Western characteristics including green eyes and blonde hair leading some experts to suggest that they may be the descendants of a lost Roman legion that settled in the area.

Now DNA testing of the villagers has shown that almost two thirds of them are of Caucasian origin. The results lend weigh to the theory that the founding of Liqian may be linked to the legend of the missing army of Roman general Marcus Crassus.

In 53BC, after Crassus was defeated by the Parthians and beheaded near what is now Iran, stories persisted that 145 Romans were captured and wandered the region for years. … As part of their strategy Romans also hired troops wherever they had conquered and so many Roman legions were made up not of native Romans, but of conquered men from the local area who were then given training.

Let’s start from the end. The last paragraph indicates a total ignorance of the nature of military recruitment during the late Republic. In the year 110 BC the Roman army was composed of propertied peasants. These were men of moderate means, but means nonetheless. They fought for the Republic because it was their duty as citizens. They were the Republic. Due to a series of catastrophes the Roman army had to institute the Marian reforms in 107 BC. Men with no means, and who had to be supplied with arms by the Republic, joined the military.

This was the first step toward the professionalization of the Roman legions, which naturally resulted in a greater loyalty of these men to their leaders and their unit than the Republic. Without the Marian reforms Sulla may never have marched on Rome. By 400 AD the legions were predominantly German in origin, and supplemented with “federates,” who were barbarian allies (though alliances were always subject to change). But in 53 BC this had not happened yet. T

he legions who marched with Crassus would have been Roman, with newly citizen Italian allies in the wake of the Social War. The legions of the Julio-Claudians were probably still mostly Italian, a century after Crassus (service in the legions, as opposed to the auxiliaries, was limited to citizens, who were concentrated among Italians). So that objection does not hold.

But really, do we need the Roman hypothesis? Those big blonde Romans? Here’s one section of the piece: “Archaeologists discovered that one of the tombs was for someone who was around six foot tall.” Because of issues of nutrition the Roman soldiers were notoriously short relative to the Celts and Germans (who had more meat and milk in their diet). Perhaps they had the potential for greater height, which they realized in the nutritional surfeit of … China?

Anyway, there’s a straightforward explanation for the “Chinese Romans”: they’re out of the same population mix, roughly, as the Uyghurs.

Before the year 1000 AD much of what is today Xinjiang was dominated by peoples with a European physical appearance. Today we call them Tocharians, and they spoke a range of extinct Indo-European dialects. It seems likely that there was also an Iranian element. The archaeology is rather patchy. Though there were city-based Indo-Europeans, it is clear that some of them were nomadic, and were among the amorphous tribes that the ancient Chinese referred to as the “Rong and Di.” The Yuezhi and Wusun were two mobile groups who left China in the historical period and are recorded in the traditional annals.

Meanwhile, between 500 AD and 1000 AD the Indo-European substrate of the Tarim basin was absorbed by Turkic groups coming from Mongolia. They imposed their language on the older residents, but genetically assimilated them. The modern Uyghurs are a clear hybrid population. In the papers published on the Uyghurs they shake out as about a 50/50 West/East Eurasian mix. But the DODECAD ANCESTRY PROJECT has them in the sample, and here’s how they break down by a finer grain:

Uyghurs are the third population from the bottom. Below them are the Yakut and Chinese. The Yakut are the northernmost Turkic people, and the Turkic element which settled in Xinjiang and assimilated the Tocharians was from the north. The Chinese-like element may simply be that the proto-Uyghurs were already admixed with the Han populations, or, that that element has a geography-conditional cline where the Yakuts are at an extreme. In any case, the other components of Uyghur ancestry are not East Asian. Like many European popualtions the Uyghurs have a West Asian and Northern European aspect, but they lack the South European ancestry. This is important, because it is dominant in both the Tuscans and North Italians.  If the “Roman Chinese” are genuinely Roman, they will have this specific southwest European ancestry, which will put them at a distinction from the Uyghurs.

As it is, I don’t think that’s what’s going on.  On the order of 4,000 years ago the domestication of the horse allowed for the expansion of Indo-European populations from east-central Eurasia across the steppe. Eventually they they also percolated into the underpopulated zones between the taiga and the highlands around the Himalayan massif. I believe that these were the groups which introduced nomadism and agriculture to the Tarim basin, and their genetic and cultural impact was a function of the fact that they simply demographically swamped the few hunter-gatherers who were indigenous to the region.

In the period between 1000 BC and 1000 AD the flow of people reversed. The expansion of the Han north and west, and the rise of a powerful integrated state which could bully, and could also be extorted, changed the dynamics on the steppe and in the oasis cities beyond. The vast swaths of Central Asia which were Indo-European in speech became Altaic in speech. But many of these populations absorbed the Indo-European groups, and came out genetically admixed. A clear residual of West Eurasian admixture can also be found among peoples who presumably never interacted much with Indo-Europeans, such as the Mongols, though at lower levels.

I find it curious that the piece above didn’t mention Uyghurs at all. No idea if politics was involved, but I won’t be surprised if I get some angry Han and Uyghur comments because of what I’m saying here (I’m not totally clear what these sorts of commenters are angry about really, they’re usually pretty inchoate).

Addendum: East and West Eurasian ancestry seems pretty equitably distributed among the Uyghurs. But the number of genes which code for racially salient traits are far smaller than the total set which can be used to estimate ancestry. So within a large enough population allelic combinations across loci will segregate so that some individuals exhibit a “pure” ancestral phenotype. What colloquially might be termed a “throwback.” This little boy comes strikingly close.

* I am aware of the reputation of this newspaper. Nevertheless, it’s being picked up by the international press and some blogs, so I’m going to address it.