New Observatory Is Now the Coldest Object in All of Space 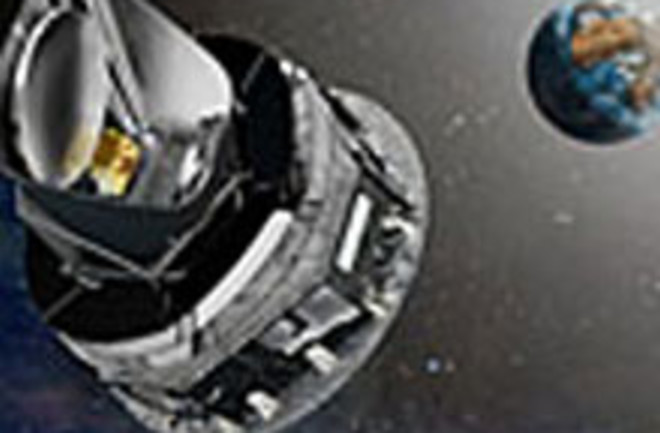 The European Space Agency's Planck observatory has reached its operating temperature of a mere tenth of a degree above the lowest temperature theoretically possible given the laws of physics, known as absolute zero. That means it's ready for its mission: Observing the oldest light in the universe, known as the cosmic microwave background, or CMB, to create the clearest picture yet of what the young universe looked like. Although scientists have achieved temperatures closer than this to absolute zero in the laboratory, the spacecraft is likely the coldest object in space.

Such low temperatures are necessary for Planck's detectors to study the Cosmic Microwave Background by measuring its temperature across the sky. Over the next few weeks, mission operators will fine-tune the spacecraft's instruments. Planck will begin to survey the sky in mid-August [SPACE.com]

, and the first batch of data is expected to be released next year. Planck was launched May 14 and will observe the CMB from a spot more than 930,000 miles from Earth. The frigid temperature in the spacecraft will enable it to take the most sensitive measurements ever recorded of the temperature variations of the cosmic microwave background, which was released only 380,000 years after the Big Bang. Previous space-based missions have found that the temperature of the CMB varies ever so slightly in different areas. Planck is built to resolve these variations in greater detail. Planck's detectors will look for variations in the temperature of the CMB that are about a million times smaller than one degree – this is comparable to measuring from Earth the heat produced by a rabbit sitting on the Moon.

[SPACE.com]. The CMB could tell scientists more about how galaxies, galaxy cluster and the first stars were formed, based on the photons, or particles of light, that the CMB releases.

Lowering Planck to its operational temperature of -459.49 degrees Fahrenheit, or -273.05 Celsius, was no easy task.

The remarkable conditions are maintained, in part, by always pointing Planck away from the heat of the Sun. Shields and baffling get the telescope down to about -220C. Three active refrigeration systems then lower the onboard environment at the heart of the observatory extremely close to the state of zero heat energy - when, theoretically, atoms would stop moving [BBC News]. Last week, Planck was maneuvered to its observation point at the second Lagrangian Point of the sun-Earth system, one of five points that, due to gravitational effects, allow the observatory to orbit at a constant speed.