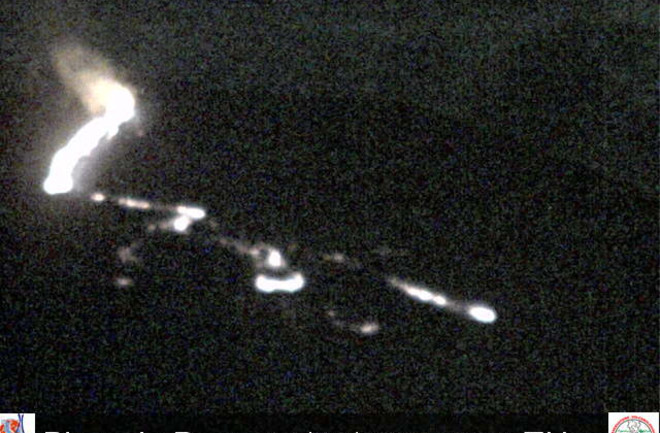 The glow from the new eruption from Piton de la Fournaise, seen the the Picon Basaltes webcam on February 4, 2015.