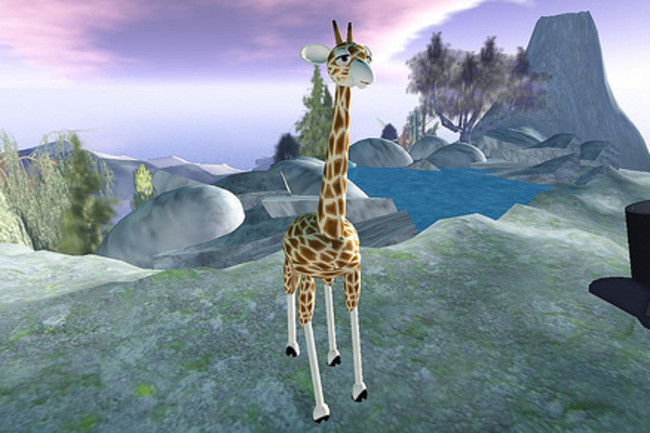 "Giraffes (Giraffa camelopardalis) are often stated to be unable to swim, and while few observations supporting this have ever been offered, we sought to test the hypothesis that giraffes exhibited a body shape or density unsuited for locomotion in water. We assessed the floating capability of giraffes by simulating their buoyancy with a three-dimensional mathematical/ computational model. A similar model of a horse (Equus caballus) was used as a control, and its floating behaviour replicates the observed orientations of immersed horses. The floating giraffe model has its neck sub-horizontal, and the animal would struggle to keep its head clear of the water surface. Using an isometrically scaled-down giraffe model with a total mass equal to that of the horse, the giraffe's proportionally larger limbs have much higher rotational inertias than do those of horses, and their wetted surface areas are 13.5% greater relative to that of the horse, thus making rapid swimming motions more strenuous. The mean density of the giraffe model (960 gm/l) is also higher than that of the horse (930 gm/l), and closer to that causing negative buoyancy (1000 gm/l). A swimming giraffe - forced into a posture where the neck is sub-horizontal and with a thorax that is pulled downwards by the large fore limbs - would not be able to move the neck and limbs synchronously as giraffes do when moving on land, possibly further hampering the animal's ability to move its limbs effectively underwater. We found that a full-sized, adult giraffe will become buoyant in water deeper than 2.8m. While it is not impossible for giraffes to swim, we speculate that they would perform poorly compared to other mammals and are hence likely to avoid swimming if possible." 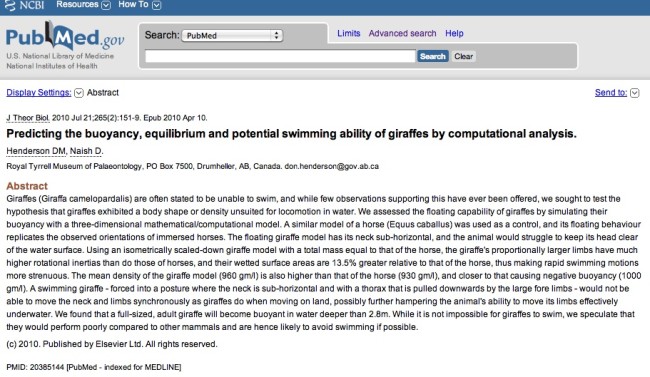