NCBI ROFL: Pilot study of the effect of diet on the mutagenicity of human faeces. 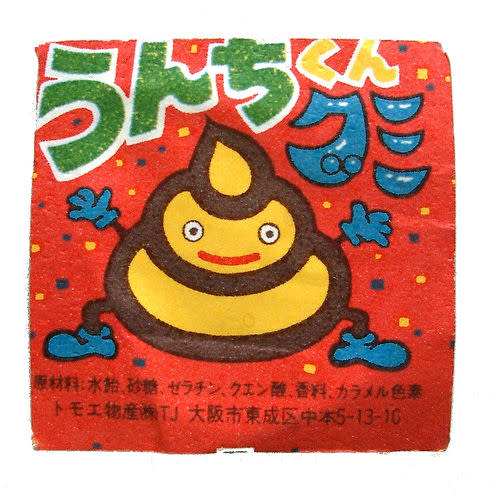 "A healthy non-smoking man, consuming a normal 'western' diet (meat, vegetables, bread and alcohol) collected five consecutive complete bowel movements. He then added an extra 150 g of fat (from butter, cheese, milk, chocolate, peanuts, bacon and eggs) to his daily diet for 2 weeks, and collected four further consecutive bowel movements in the second week. After 6 months on his normal diet, he added 30 g of wheat bran to his daily diet for 3 weeks, and collected four complete stool samples in the third week. Aqueous faecal extracts were prepared and assayed for auxotrophic growth-enhancement and bacterial mutagenicity (using fluctuation tests with Salmonella typhimurium TA100 and Escherichia coli WP2uvrApKM101). There was no significant difference in faecal wet weight between 'normal' and 'high-fat' collections, but addition of 30 g bran was associated with a 1.8-fold increase in stool weight, in good agreement with published data. Fluctuation tests showed that normal and high-fat samples were mutagenic to S. typhimurium TA100 and to E. coli WP2uvrApKM101. There was considerable variation in mutagenic activity between consecutive bowel movements. However, there was no significant difference in mutagenicity between normal and high-fat samples. Faecal samples collected during the course of the high-fibre diet were significantly less mutagenic to both bacterial strains. Changes in auxotrophic growth-enhancing activity could not account for these changes in mutagenicity, since the pattern of change in growth-enhancement was very different from that seen for mutagenicity." 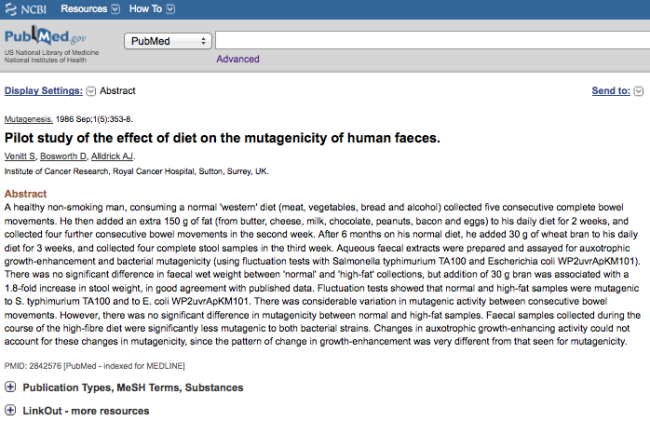 Discoblog: NCBI ROFL: Jeez people, enough with the cockroaches in your colons already.