NCBI ROFL: Macbeth and the Joystick: Evidence for moral cleansing after playing a violent video game. 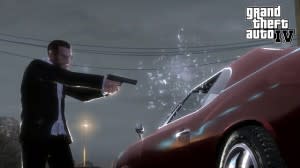 "The “Macbeth effect” denotes the phenomenon that people wish to cleanse themselves physically when their moral self has been threatened. In this article we argue that such a threat to one's moral self may also result from playing a violent video game, especially when the game involves violence against humans. The cleansing effect should be particularly strong among inexperienced players who do not play video games on a regular basis, because frequent players may apply other strategies to alleviate any moral concerns. Seventy students played one of two violent video games and were then asked to select 4 out of 10 gift products, half of which were hygiene products. Inexperienced players reported more moral distress when the game involved violence against humans (compared to violence against objects), and selected more hygiene products in this condition than frequent video game players. Frequent players, on the other hand, reported less moral distress, irrespective of the game they played." 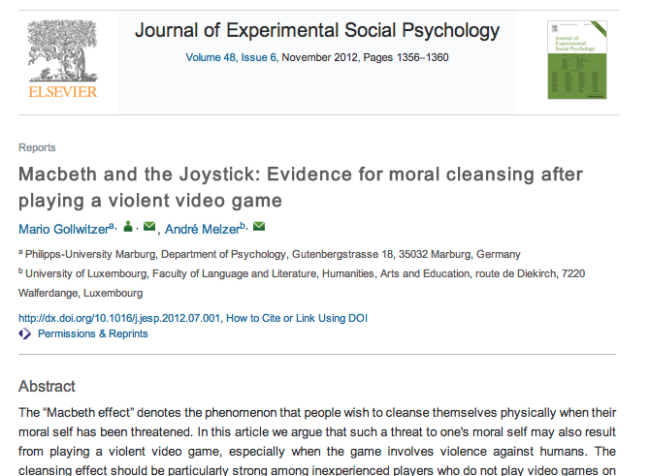 Thanks to BBoyButzemann for today's ROFL!

Discoblog: NCBI ROFL: Is Mr Pac Man eating our children? A review of the effect of video games on children.