NCBI ROFL: How other women view your sexy outfit. 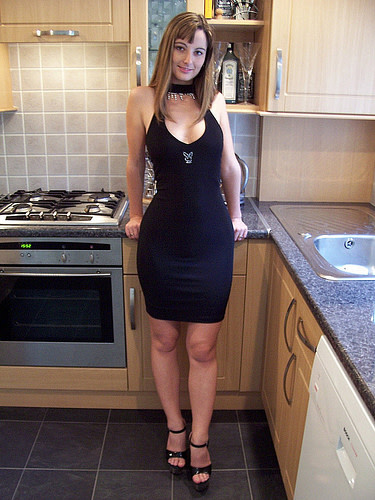 Intolerance of sexy peers: intrasexual competition among women. "Intrasexual competition among males of different species, including humans, is well documented. Among females, far less is known. Recent nonexperimental studies suggest that women are intolerant of attractive females and use indirect aggression to derogate potential rivals. In Study 1, an experimental design was used to test the evolutionary-based hypothesis that women would be intolerant of sexy women and would censure those who seem to make sex too readily available. Results provide strong empirical support for intrasexual competition among women. Using independent raters, blind to condition, we found that almost all women were rated as reacting negatively ("bitchy") to an attractive female confederate when she was dressed in a sexually provocative manner. In contrast, when she was dressed conservatively, the same confederate was barely noticed by the participants. In Study 2, an experimental design was used to assess whether the sexy female confederate from Study 1 was viewed as a sexual rival by women. Results indicated that as hypothesized, women did not want to introduce her to their boyfriend, allow him to spend time alone with her, or be friends with her. Findings from both studies are discussed in terms of evolutionary theory."

Discoblog: NCBI ROFL: Damn girl, you're so hot, it makes me aware of my own mortality.