NCBI ROFL: Hmmm...what should we call this new butt rash? 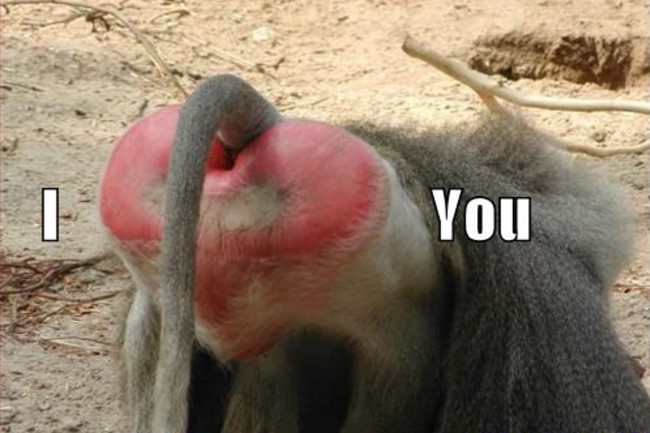 Baboon syndrome "Andersen et al described baboon syndrome in 1984. It was characterized by a clinical presentation of systemic contact dermatitis with pruritic and confluent maculopapular light-red eruption, localized in the gluteal area and the major flexures, developed several hours or days after drug or agent contact. This syndrome has a pathognomonic distribution but its cause has not been elucidated yet. Histopathology of the lesions shows non-specific features of dermatitis. Several drugs have been previously described as responsible for the Baboon syndrome origin. Mercury is the most frequent implicated agent; other agents are nickel, different antibiotics, heparine, aminophylline, pseudoephedrine, terbinafine and immunoglobulins." 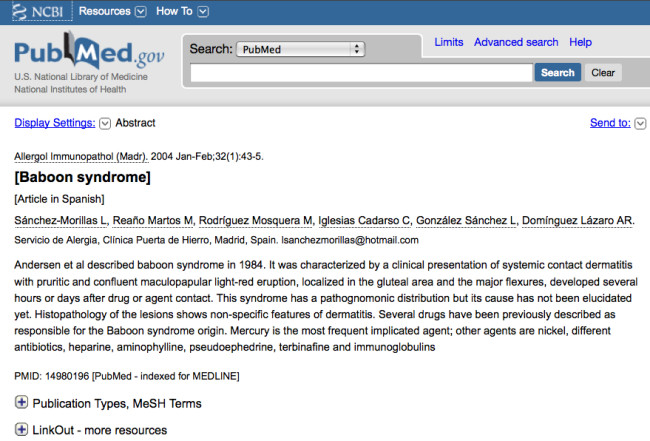 Love is in the air this week at NCBI ROFL! Tuesday-Thursday this week, we will feature research articles about love in its most physical form (ok, we mean plain ol' sex). Enjoy!