NCBI ROFL: Getting bad customer service? Maybe you should change your clothes. 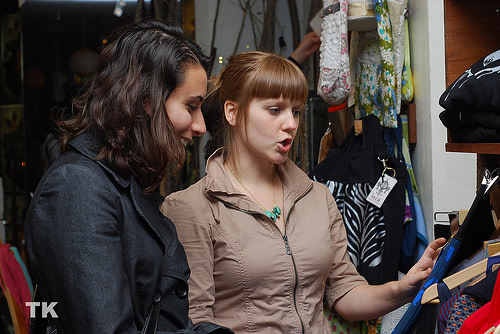 Customer service as a function of shopper's attire. "A field experiment explored whether a female shopper's appearance would influence the customer service she received. Specifically, a female confederate dressed in formal work clothes (skirt and blouse) or informal gym clothes (tights and t-shirt) entered a series of randomly selected women's clothing stores in a large mall and proceeded to "shop." The amount of time that passed before an employee approached and acknowledged the confederate served as the dependent variable. As hypothesized, she was acknowledged significantly sooner when formally attired than when informally dressed. Thus, clothing, like other aspects of appearance, influences how people are evaluated and treated by others." 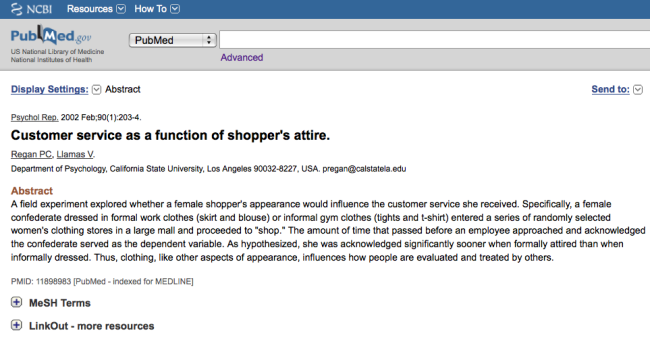