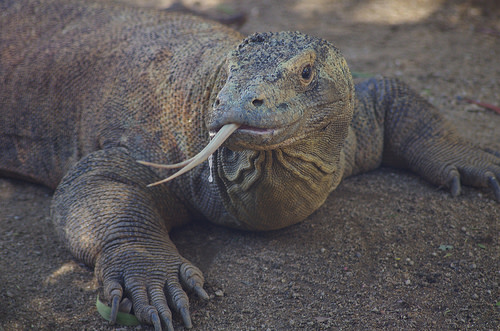 "Komodo dragons, the world's largest lizard, dispatch their large ungulate prey by biting and tearing flesh. If a prey escapes, oral bacteria inoculated into the wound reputedly induce a sepsis that augments later prey capture by the same or other lizards. However, the ecological and evolutionary basis of sepsis in Komodo prey acquisition is controversial. Two models have been proposed. The "bacteria as venom" model postulates that the oral flora directly benefits the lizard in prey capture irrespective of any benefit to the bacteria. The "passive acquisition" model is that the oral flora of lizards reflects the bacteria found in carrion and sick prey, with no relevance to the ability to induce sepsis in subsequent prey. A third model is proposed and analyzed here, the "lizard-lizard epidemic" model. In this model, bacteria are spread indirectly from one lizard mouth to another. Prey escaping an initial attack act as vectors in infecting new lizards. This model requires specific life history characteristics and ways to refute the model based on these characteristics are proposed and tested. Dragon life histories (some details of which are reported here) prove remarkably consistent with the model, especially that multiple, unrelated lizards feed communally on large carcasses and that escaping, wounded prey are ultimately fed on by other lizards. The identities and evolutionary histories of bacteria in the oral flora may yield the most useful additional insights for further testing the epidemic model and can now be obtained with new technologies." Bonus figure from the full text: 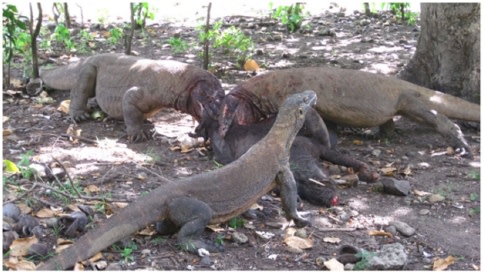 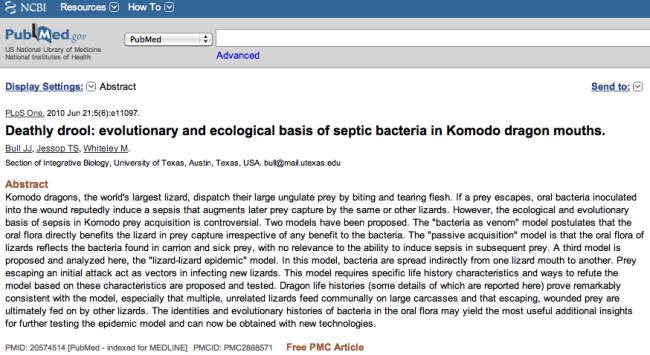 Discoblog: NCBI ROFL: I wish I could add “artificial saliva” to this abstract.