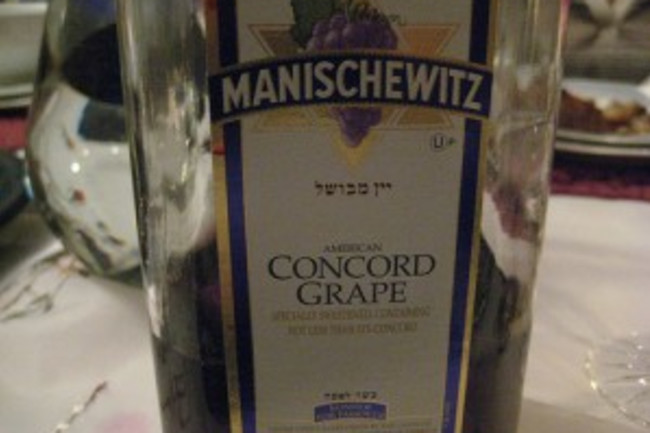 "BACKGROUND: In the United States, religious commitment, as measured by service attendance, has an inverse relationship with alcohol consumption, heavy use, and problem use. This association, however, has not been found consistently in Jewish Americans. The present study examined the relationship between religious variables and binge drinking in Jewish and non-Jewish white college students. In addition, the association among genetic, cultural, and religious variables and binge drinking was examined in the Jewish sample alone. ...RESULTS: As hypothesized, more frequent religious service attendance related to lower rates of binge drinking in non-Jews but was not related to binge drinking in Jews. Within the Jewish sample, individuals who were religiously affiliated had approximately one third the risk of binge drinking as those who were secularly affiliated, but identification with Jewish culture was not related to binge drinking. In the total sample, individuals who possessed a variant alcohol dehydrogenase allele ADH2*2 were approximately half as likely to binge drink as those who did not possess this allele. CONCLUSIONS: These results are consistent with previous studies that find an inverse relationship between religious service attendance and heavy alcohol use in Christian but not Jewish college students. Findings within the Jewish sample support theories that suggest religious, not just cultural, Jewish affiliation relates to lower levels of alcohol behavior. More research is needed to identify additional factors, including other religious, cultural, genetic, and biological influences, that protect Jewish Americans from heavy drinking." 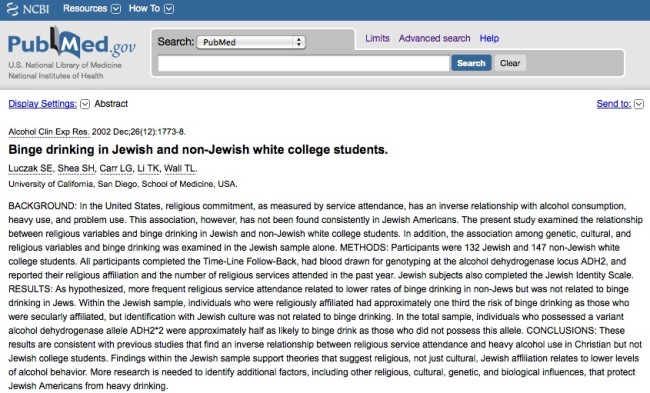