NASA To Speak Today on the Fate of Mars Opportunity Rover 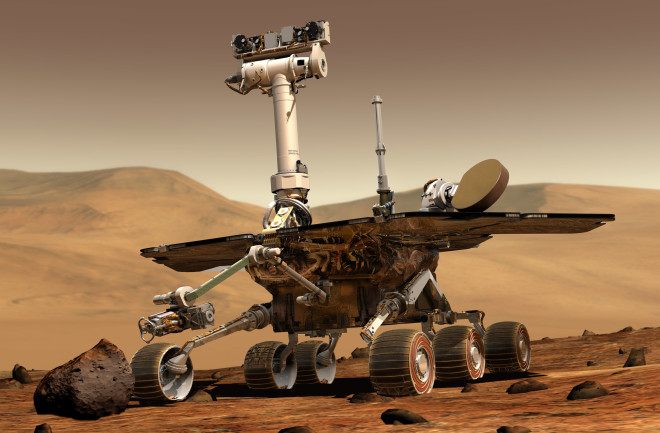 The Opportunity Rover has been out of contact since last June, and scientists are running out of options. (Credit: NASA/JPL/Cornell University) NASA will hold a briefing at 2pm EST today on the status of its Mars Opportunity Rover, which has been out of communication since June 10, 2018, when dust storms enveloped the planet. Mission scientists have been trying to rouse the rover since dust storms subsided in October, but have been unsuccessful so far. Previous reporting indicated that few options were left for Opportunity. Winter is coming on Mars, and the low temperatures could permanently damage the rover if it can't power itself back up. This week NASA tried once again to communicate with Opportunity, and will be reporting their findings this afternoon. NASA Administrator Jim Bridenstine will be present, as well as the heads of NASA's planetary science and of Opportunity's rover program. NASA will stream the briefing on NASA Television, the NASA website or you can watch below on YouTube. http://youtube.com/nasajpl/live