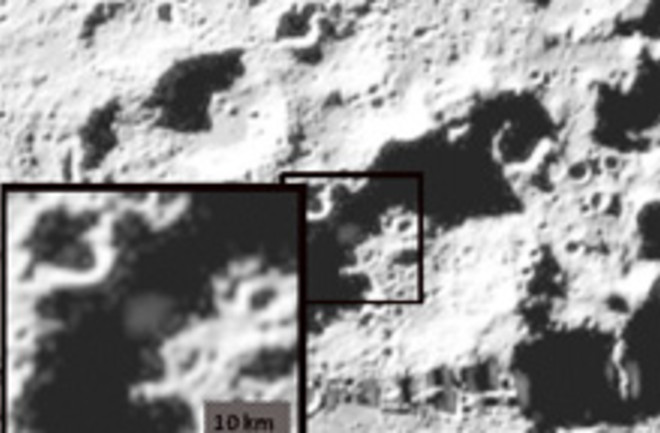 Bomb and you shall find. NASA today claimed success in its quest to find water on the moon.

Scientists had been analyzing data for more than a month since NASA crashed the LCROSS craft into the moon on October 9, which created a tiny crater in the polar region and kicked up a plume of material that had been beneath the lunar surface. NASA worried when the original impact didn't create the easily visible plume of material that they'd anticipated, but later images showed that the mystery plume had been created and scientists were free to analyze its composition. The results are clear: both infrared and ultraviolet spectrometers indicated the presence of water, and those readings got stronger over time, which is what you'd expect if you bombed the moon and created a plume full of water. Previous space probes had indicated the presence of hydrogen in the lunar polar regions, but researchers hadn't verified it until now. "LCROSS has now made that definitive discovery," team member Greg Delory said at the press conference today.

The confirmation of scientists’ suspicions is welcome news both to future explorers who might set up home on the lunar surface and to scientists who hope that the water, in the form of ice accumulated over billions of years, could hold a record of the solar system’s history [The New York Times]

. For now, though, let's just enjoy the sweet watery taste of success, and the fact that our whole understanding of Earth's lone satellite has changed. "This is not your father's moon," Delory said. Related Content: Bad Astronomy: NASA Finds Reservoir of Water Ice on the Moon! The Intersection: The Moon is a Wet Mistress 80beats: Lunar Impact! NASA Probe Slams into Moon to Search for Water 80beats: So What Exactly Happened with that Crashing Moon Probe? 80beats: Moon Plume Detected! NASA's Lunar Crash Wasn't a Flop, After AllImage: NASA