Natural beauty is not out of reach even in the most urban of spaces. The Mystic River Watershed is the most populated watershed in Massachusetts, with 7% of the MA population living on 1% of its land. Extending from Cambridge north to Arlington and Winchester, the story of the Mystic River is one of extensive industrialization. Decades ago, locals built dams to power mills. These dams interrupt habitat and make it difficult for herring to move upstream. Due to these dams as well as over-fishing, the herring population declined from seventy million in the mid-1950s to two hundred thousand in 2012. 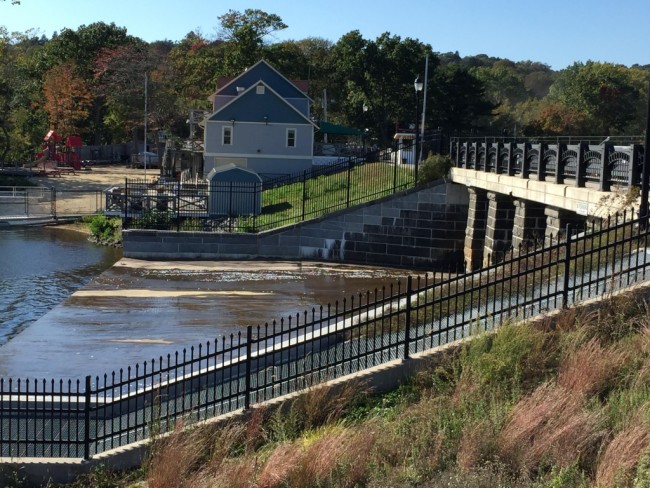 A view of the dam between the Upper and Lower Mystic Lakes. Herring is an anadromous fish, meaning it can survive in both fresh and salt-water. Each summer, a population of herring loyal to the Mystic return from the Boston harbor up the Mystic to breed. At the age of three or four, herring reach reproductive maturity and each individual breeds near the spot where it was born. With more river area available to them, herring populations increase significantly; however, the industrial dams along the Mystic River have been limiting the amount of river available to the local herring population. The Mystic River Watershed Association (MyRWA), based in Arlington, Massachusetts, has been advocating for and running a unique citizen science project to protect herring populations. After the construction of a fish ladder on the dam between the Upper and Lower Mystic Lakes in 2012, volunteers have been signing up to count herring. 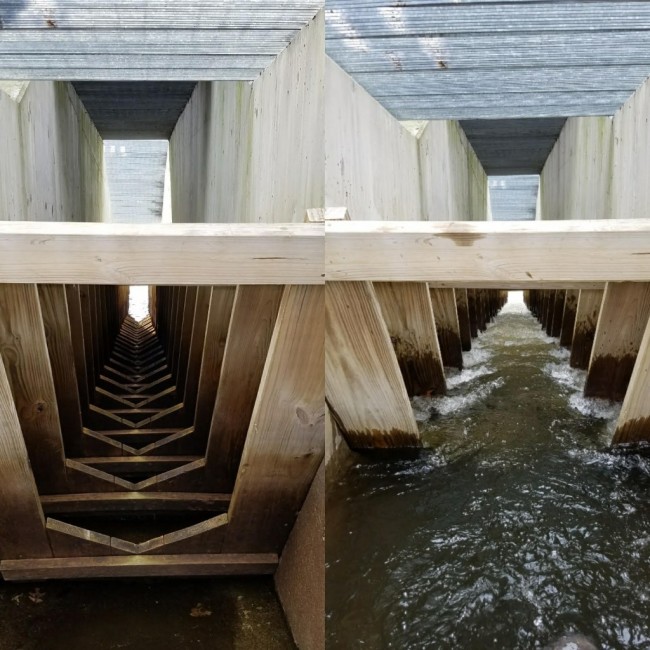 A view of the fish ladder from the inside. The incremental steps allow fish to travel through what would otherwise be too steep an incline. Photo credit: David Mussina In addition to raising awareness and increasing environmental literacy, these citizen efforts have helped discover new knowledge about the local herring migration, as well as successfully proven the fish ladder’s success, which in turn led to the addition of another fish ladder further upstream in Winchester in 2018. The fish ladder allows fish to pass by the dam, using incremental steps to help them swim up what would otherwise be too steep an incline. This opens up area that they previously could not reach, which allows the herring more space to breed. When the population born in 2012 reached maturity in 2015 and 2016, the herring population loyal to the Mystic River tripled! 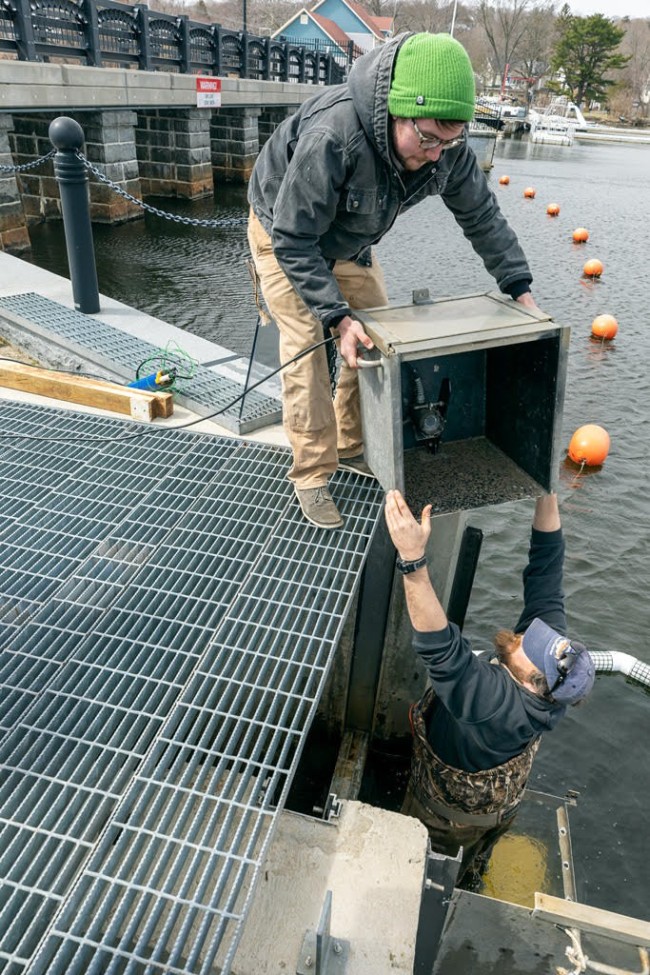 It takes a team to set up the equipment necessary for the fish ladder to work! Photo credit: David Mussina The combination of online and in-person counting allows opportunities of varying time commitments for anyone who wants to become involved in MyRWA’s herring count. An underwater camera displays randomly selected videos to online citizen scientists, in addition to the data gathered at the dam itself. Caitlin Pohl, through her time counting herring at the ladder, has come to appreciate that “although I live in an urban area, there is bountiful wildlife and scenic green space within reach.” During her time at the dam, she has been excited to spot other local species, such as great blue herons and bald eagles. 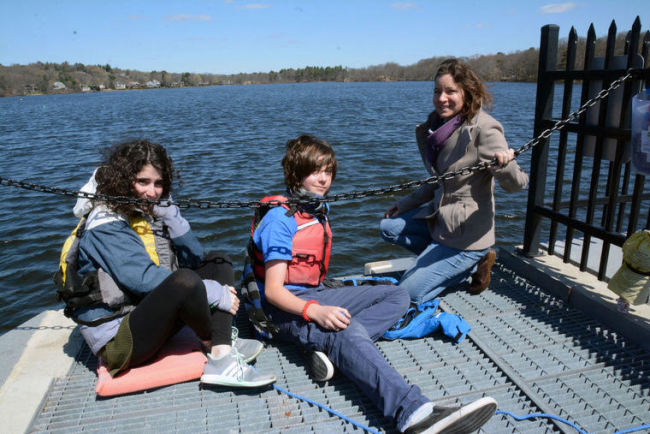 Citizen scientists sitting on top of the fish ladder. This is where dedicated community members come to count the herring that swim by. Photo credit: David Mussina Margaret McCandless, a dedicated citizen scientist at the top of the online leaderboard, enjoys that she can be “engaged without driving an hour to get to the Mystic River area” and thinks that the leaderboard “fires up my imagination, wondering who those other counting-folks are and whether they want to be Number One.” MyRWA also runs one-time data sprints where citizen scientists participate in online counting as a group. During one such event at Brandeis University, students counted 680 videos captured between 7 pm and 7 am, the night-time window not usually shown to online counters. After this event, MyRWA was able to conclude that nearly 20% of the total herring run in previously uncounted nighttime hours! Each online count, even for videos with no fish, provides MyRWA with exciting and valuable information about the local herring population in ways that will help restructure this citizen science project for the future. Find MyRWA on SciStarter today.All article images provided by Danielle Davidoff. 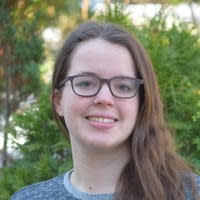 Danielle Davidoff is a senior at Brandeis University in Waltham, MA with a major in Environmental Studies and a minor in English. She acts as an Undergraduate Departmental Representative for Environmental Studies and a member of the Brandeis Senate Sustainability Committee. In the summer of 2018, she interned for the Mystic River Watershed Association. In addition to being outside, she enjoys reading and spending time with family.