Why is astronomy important? Astronomical discoveries and inventions have shaped the human experience for thousands of years. 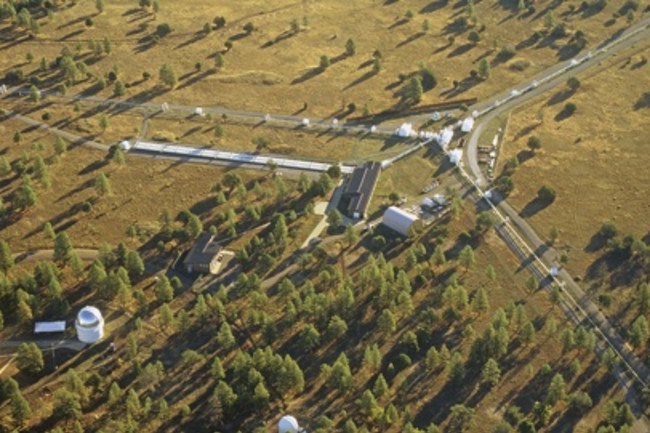 The Navy Precision Optical Interferometer in Arizona tracks the motions of stars, guiding the GPS satellites that make much of modern life possible. (Credit: USNO)

From the earliest days of civilization, astronomy has had an outsized impact on our culture. Ancient humans gave names to the constellations and tracked them so they knew when to plant their crops. Astrologers kept a careful watch on the sky for any change that might foretell doom. And to the average person, the heavens served as a storybook, recording favorite legends like the blockbuster films of the day.

Astronomy’s contributions to society have only grown more important in the thousands of years since then. The digital camera in your DSLR and smartphone — the devices fueling the rise of social media — likely wouldn’t be what they are today without decades spent by astronomers pushing their limits. Wi-fi was invented by an astronomer trying to sharpen images from his telescope. Even our ideas about the future of Earth were shaped by astronomers’ observations of the runaway global greenhouse effect on Venus — and what it meant for climate change on our own planet.

Here are four surprising ways astronomers have reshaped our modern world. So the next time someone asks what studying space is good for, you’ll have a snappy response.

For more than two decades, an astronomical observatory shaped like a 1,400-foot Y has sprawled across Anderson Mesa in northern Arizona. This instrument, owned by the military and run by astronomers at both the U.S. Naval Observatory and Lowell Observatory, is the biggest telescope of its kind.

The Navy Precision Optical Interferometer uses an array of telescopes to catalog the exact locations of stars and track their minute movements with incredible accuracy. GPS satellites and other spacecraft depend on these star charts to plot their course through the cosmos. Without these data, GPS satellites couldn’t tell us where we are or where we’re going. Equipment used by NASA, the Department of Defense and all manner of other modern tech would be lost, as would your cellphone — and, quite likely, you.

Unlocking the Power of the Sun

In many places across the world, astronomy keeps the lights on. In the 1930s, German-American astronomer Hans Bethe showed that nuclear reactions are what power our sun and all other stars. His work described how the sun uses nuclear fusion to turn hydrogen into helium, releasing huge amounts of energy.

With war on the horizon across Europe, the applications beyond astronomy quickly became obvious. During the Manhattan Project, Bethe was even appointed to lead the theoretical group at Los Alamos, where he worked on the first nuclear bombs. (He later spoke out against the weapons.) Bethe’s work also helped scientists develop nuclear power, which is achieved through fission instead of fusion. There are now hundreds of nuclear power plants around the world.

The Development of Radar

Around the time Bethe was unraveling the secrets of our sun, researchers around the world were developing and deploying the first radar instruments to study Earth’s ionosphere. This region is where incoming solar and cosmic radiation ionize our planet’s atmosphere, knocking away electrons from the atoms there.

As Britain grew increasingly concerned about German air raids, the country’s defense department asked radio physicist Robert Watson-Watt about employing the technology as a kind of death ray to down enemy planes. Instead, the scientist suggested radar could be used to track approaching aircraft; as World War II erupted, radar technology became pivotal on land, in the air and at sea. Radar’s uses now extend far beyond the military. Without it, forecasters wouldn’t be able to watch approaching weather and spot regions of concern, such as forming tornadoes.

The Invention of Memory Foam

As mattress companies like to remind us, the average human will spend about one-third of their life asleep. If you’re regularly getting a good night’s sleep, you might need to thank NASA. During the Apollo program, Charles Yost, an engineer at North American Aviation Inc., was tapped to work on absorption technology for the command module that carried astronauts to the moon.

Then, just a few years later, NASA enlisted that experience again. This time, he was assigned to help build safer, more comfortable airline seats for airplanes flown by NASA’s Ames Research Center. According to NASA, “Yost created an open-cell, polymeric ‘memory’ foam material with unusual viscoelastic properties; that is, it possessed both high-energy absorption and soft characteristics.”

The new foam offered more protection if there was a plane crash — and it was also more comfortable on long flights. They called it “slow springback foam.” Yost spun the tech off into the private sector, where upgraded versions are still used in everything from football helmets to motorcycle seats to clothing and, yes, mattresses.