Most Apollo Astronauts Had Tattoos 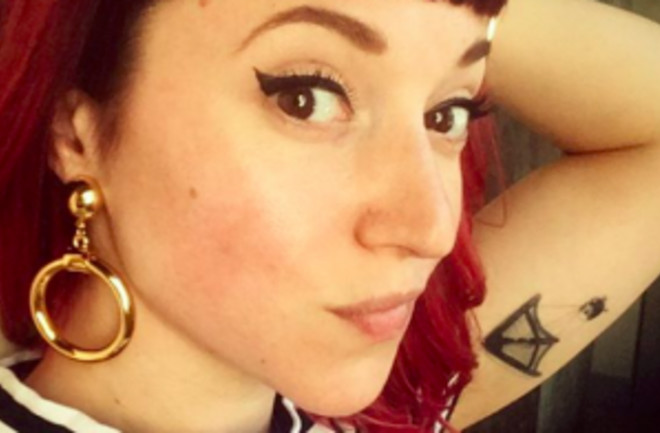 My Gemini-Rogallo wing tattoo. Pretty sure none of the Apollo astronauts took this one to the Moon! When we think of Apollo astronauts, we think of hot-shot pilots who dared to ride rockets to the Moon! But who, at their core, were straight-laced military men who followed the rules. So it might come as a surprise that most Apollo astronauts had tattoos. This wasn’t something I expected to find. It’s also something that I came across pretty recently. Which in itself was a shock — I’ve spent the better part of my adult life digging into every aspect of the Apollo era. I even named my cat after Apollo 12’s commander Pete Conrad. Fittingly, it was a picture of Pete Conrad that started me down this path.

NASA. It's in this picture. That's Pete in the red shirt having just refilled his coffee cup. I've looked at this picture so many times. I've posted it. I’ve looked at the whole Apollo 12 catalogue and all the crew pictures. But I guess I was always distracted by the “fourth crew member,” the giant stuffed gorilla in the background, to notice the tattoo on Pete's inner left forearm. It’s not entirely surprising. I hunted down more Pete pics after seeing this and in most pictures he’s wearing short sleeves with his arm bent or he's wearing a suit... or a spacesuit as the case may be.

Pete Conrad and Dick Gordon sorting rocks after returning from the Moon. You can see his tattoo again! NASA. You can tell it’s an anchor with what looks like stars and initials around it. Well, as luck would have it, I had a chance to ask his wife Nancy about it the other week over lunch. She confirmed that it is an anchor. Which isn't surprising. Pete was a Navy man after all and it wasn't uncommon in that era for Navy men to get a nautical tattoo. The initials, she told me, are his: P and C. But the most surprising part? He didn’t get it in the Navy, he got it when he was 14! I tried to hunt down some other astronaut tattoos, but the only ones I could confirm are tattoos that they all got in common: the ones that marked their biomed sensors. Beginning with the Mercury days, flight surgeons wired astronauts to gather biomedical data in flight as a way to see the effects of spaceflight on the human body. Sensors measured body core temperature, respiration rate, and electrical activity in the heart. To make sure the sensors were always placed in the same spots for accurate readings, the astronauts were tattooed with tiny dots to mark the correct placement. John Glenn tells the story in his memoirs. Before his Friendship 7 mission, flight surgeon Bill Douglas roughed up his skin, made the dots with a scalpel, and dabbed some India ink he got from someone’s desk to make the mark. Those tattoos lasted the rest of his life. Most astronauts ended up with similar marks on their torsos for the sake of accurate biomedical readings.

Gus Grissom getting his boomed sensors put on. The mark on his ribs looks like a mole to me. The marks were, from what I've read, much smaller. NASA. So there you have it! The astronauts didn’t have full back pieces or sleeves — I mean, it’s possible someone who’s been to space has since gotten a big commemorative tattoo -- but they did have group tattoos!